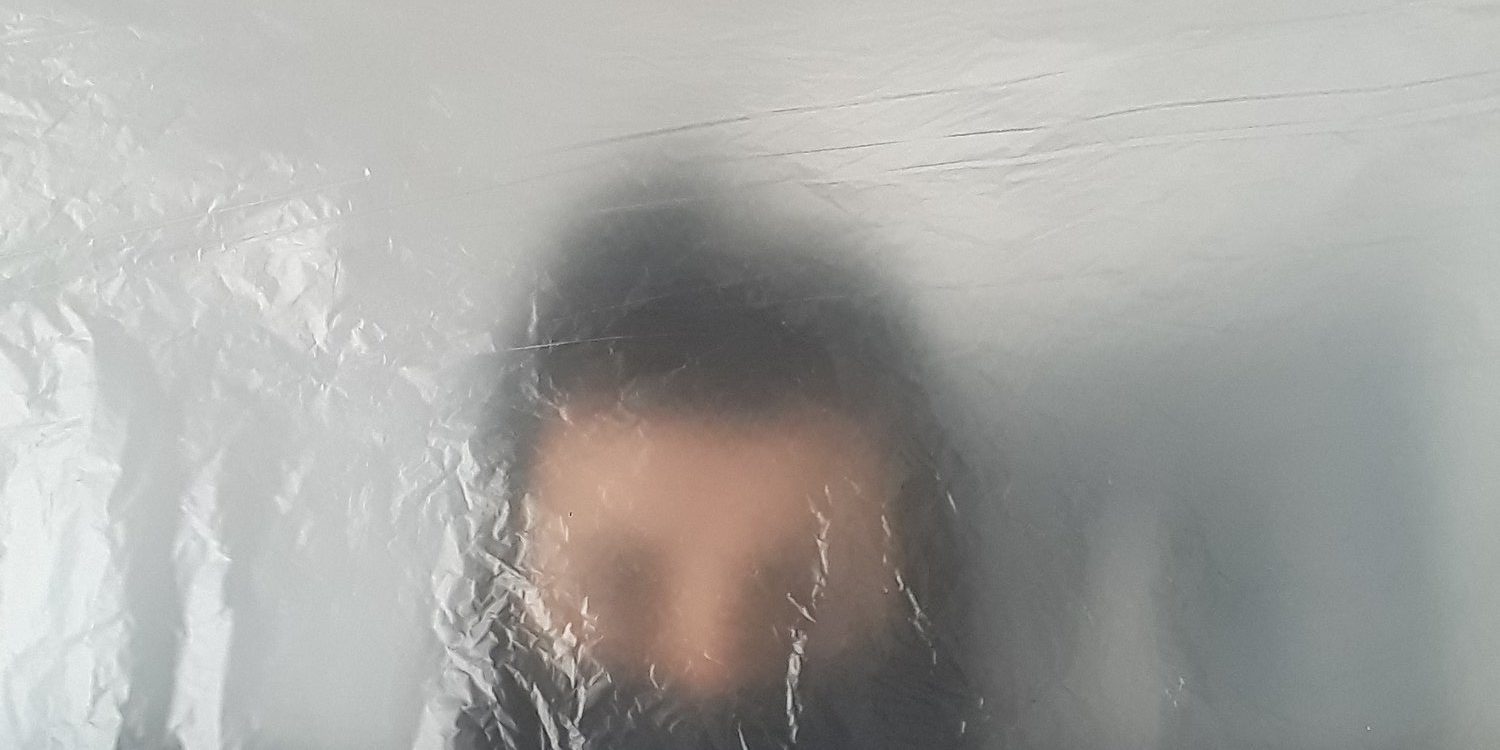 As a person from a lower socioeconomic background, with an invisible disability, who reached adulthood during the recession, the concept of a workhouse is something that has often crossed the artist’s mind both personally and politically. Being in the first generation of her family to go to university, graduating in 2006, Rachel saw the UK plunge into a recession and experienced austerity Britain wreaking havoc on those struggling to find work.

As a child, when money was tight, her grandmother used to say “they’ll send us to the workhouse”. The same grandmother who, as a child born in the 1920s, used to knit clothes with her mother for people at the workhouse and “deliver them by hand through a big iron gate”. Rachel knew her grandmother understood what it meant to go to the workhouse in a way that her generation could not. But, post-recession, this might be something we need to think about and understand what it means for the future of poverty Britain. This has encouraged the artist to think about what it means personally and socially. How one can easily become poor and destitute and how easy one can fall into such a place without social support. What does that mean in birth, life and death?

Rachel is particularly interested in the latter, being from a family that has suffered and survived great tragic loss. The artist’s mother died as a single parent and no government support was available for orphaned teenagers, with a grandmother supporting them on just her pension and child support. With this project the artist is taking a deeply personal approach to thinking about what so many lives today would be if born in a different era.

Taking into account the story of Ripon Workhouse bulk buying of coffins for the workers and the quote “A feeling of doom or at best hopeless resignation must have fallen on many passing through the Gatehouse arch and hearing the door shut behind them. They knew they would leave only in the regulation coffin, ‘with two handles, name of the person with the year of their decease inscribed’. Coffins were ordered in bulk,” the artist will create a prototype pack and instruction video for a proposed bulk distribution of a “burial kit” designed for individuals viewed as “poor and destitute”. An ironic contemporary equivalent of the bleak expectation of the workhouse inhabitants being “catered and provided for” that aims to encourage the audience to think about the workhouse practice of “managing the deceased”.

The kit will include various items needed to prepare an individual for burial, an illustrated instruction manual and a cellophane coffin (like a fully closable plastic sleeping bag lockable from the inside) – a prototype for kits to be sent out to the poor on income support or state pension. The absurd nature of the product enhances the problematic nature of austerity culture.

The online content will be photographs of the final product and a “promotional video”. An imaginary online video marketing tool with a description and guidance for use. This will take into consideration the marketing practices and tools used by private companies facilitating austerity Britain. It will be bright, enthusiastic and infographic. The prototype kit will be ironically  “simple, easy to use and accessible”.

Some points of reference used in idea development can be found here and here.

As a visual artist and arts freelancer Rachel Brook runs an “open-door studio” called #PLACEHOLDER in B&D Studios at Commercial Union House in Newcastle.  The aim of #PLACEHOLDER is to both create work and to constantly and fluidly exhibit within the space. A single room and workspace exhibits transitioning works using the walls and the room as a canvas. Rachel has a background in film and media and has worked in digital and grassroots communications within these industries. This combination of experience and practice has led to a process of conceptual thinking about the permanence and transition of work within the digital realm. Rachel produces abstract paintings, artist film and takes photographs. Her artist film work can be viewed on her Vimeo page. Rachel has a deeply personal interest in independent, community-based social change, particularly in relation to her community and freelance arts work. Aiming, where possible, to engage in local and regional independent work and engage with communities and other independent workers. She has facilitated artist film workshops at Tynedale Hospice at Home, and has worked on creative events with Monkfish Productions CIO and Northern Creative Solutions. Rachel lives with an invisible disability that impacts her sleep, physical and mental energy levels and mental health. The more personal aspects of her work include approaches to the visual and ambient perspectives of living with Narcolepsy.