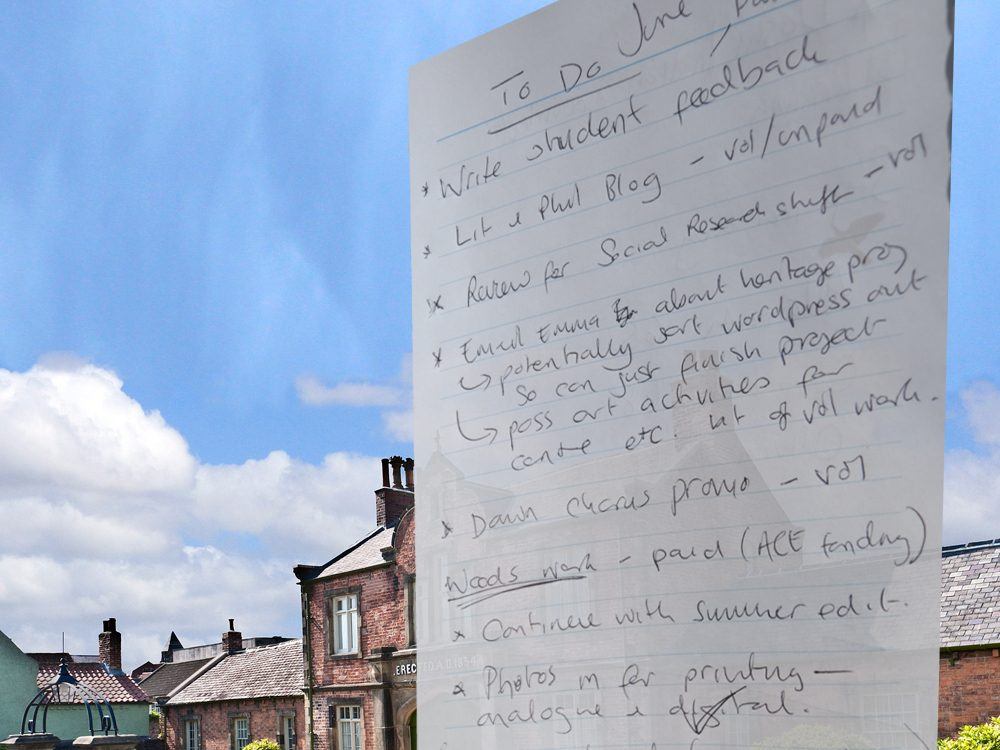 The Monument to Unpaid Labour is a large scale reproduction of a ‘to do’ list written by the artist at the beginning of June 2020 in which she prioritised work by whether it was paid or unpaid. It is sited in front on Ripon Workhouse Museum and is 53 metres high (taller than Nelson’s Column, the Angel of the North and the Cenotaph).

The monument is made from a single sheet of 80gsm paper and has no armature, support structures or reinforcement of any kind. It is not waterproof or made from specialist materials yet mysteriously it remains standing, swaying gently in the breeze.

Inside the museum a collection of documents related to the life of the monument and its domestic origins are housed in box files and cabinets available for the public to browse. A catalogue is included here.

The monument was produced over the course of an eight hour day concurrently with the artist homeschooling her son, preparing meals, washing up and running errands. The work forms part of an unpaid speculative proposal, a stream of consciousness reflection on the value of labour and the boundaries between work, life and art. 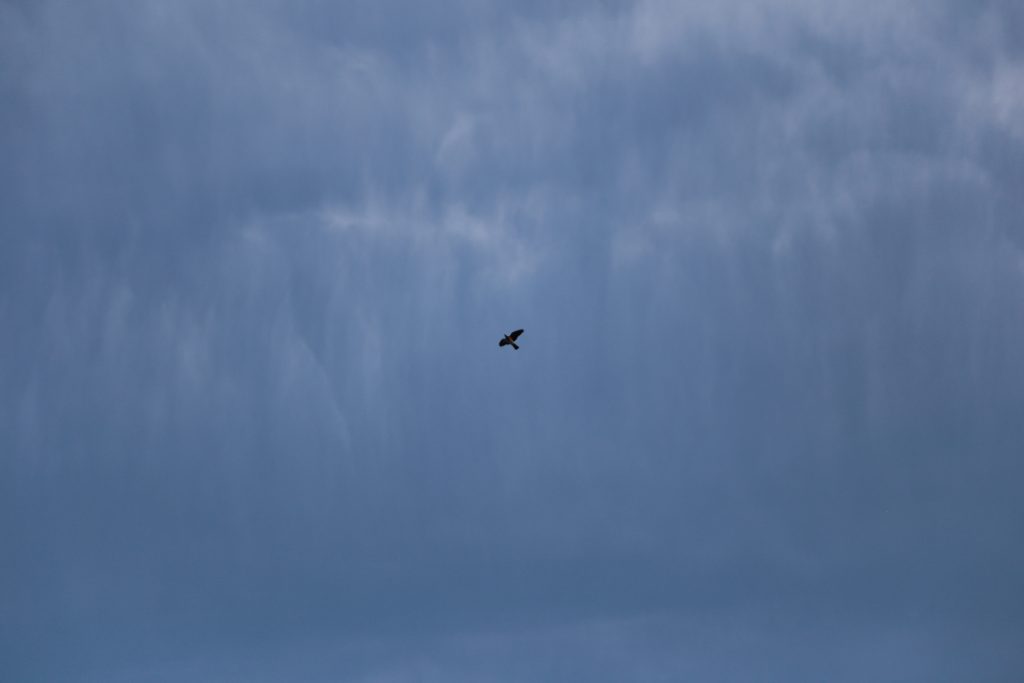 “I am an artist and researcher based in North East England with an interdisciplinary practice which focuses on landscape, environment and sense of place. My work has its roots in documentary and site specific practice and often develops through residencies or long term engagements with specific sites, sometimes over periods of several years. In the past I have collaborated with academics from History, Geography and the Social Sciences with the resulting work being resolved as site specific installations, interventions in public collections, and gallery exhibitions.

I have an ongoing interest in heritage and numerous artistic and academic projects have drawn on archival research, alongside work with communities incorporating oral history, photography and video. Since 2012 I have worked on several projects which have looked at the effects of austerity policies in the UK with a particular emphasis on changes to civic life and public space. Initially I worked on a series of photographs and texts documenting sites being affected by cuts to council budgets, this work in turn led to a Leverhulme Trust residency exploring the legacy and current role of philanthropy in North East England collaborating with a Social Scientist Dr Siobhan Daly.  Without going into too much detail this work explored different definitions of philanthropy in order to understand that legacy and also reveal the huge amount of hidden philanthropic work carried out by volunteers or embodied in small donations which make up our public collections. Research has shown that the value of this work far outweighs the contributions of wealthy individuals commemorated on statues and buildings and my work on the project sought to reveal  this invisible labour in order to ask questions about how we value shared space and the role of mutual aid. (As part of that project I made three identical books titled which were donated to historic libraries.)

It’s this interest in invisible labour and also how everyday objects make the transition to museum objects, which I’m drawing on for this imagined commission.

Bearing this in mind the work I’ve proposed here may seem flippant but hopefully you can see that the narrative I’m exploring sets out an absurd situation where a fifty metre high sculpture has been created from a sheet of paper and somehow remains standing against all the odds. An impossible object memorialising an everyday item used to structure work within a home environment and which to me typifies the daily balancing act artists (and parents – especially women) have to navigate between paid and unpaid work. The  related archive thinks about the space I live and work in, referenced through an eclectic collection of documents and objects, this mixture of domestic labour, gardening, art, reading and academic work is my everyday and on many levels it’s privileged but it is also precarious, stressful and badly paid. My hope is that this list creates a quirky off kilter narrative which also asks wider questions about where the personal stops and the civic begins, something which seems especially relevant at a time when many people are confined to their homes due to lockdown (and where confinement also represents a level of privilege). And of course which I feel has relevance to the workhouse which represents the coercive combination of all aspects of life;  work, family and home within a punitive institution. Documents in the archive also imagine public reactions to the monument, the class politics, its potential to cause offence, and my eventual agreement to have it removed only to find that there are technical challenges due to the paper’s baffling permanence. This fiction is based on real research into the controversy which has surrounded various public artworks specifically Victor Pasmore’s Apollo pavilion. The ‘to do’ list is also real object and I really do prioritise work by whether or not it is paid.”

More of Michele’s work can be found via her Vimeo and Soundcloud pages. 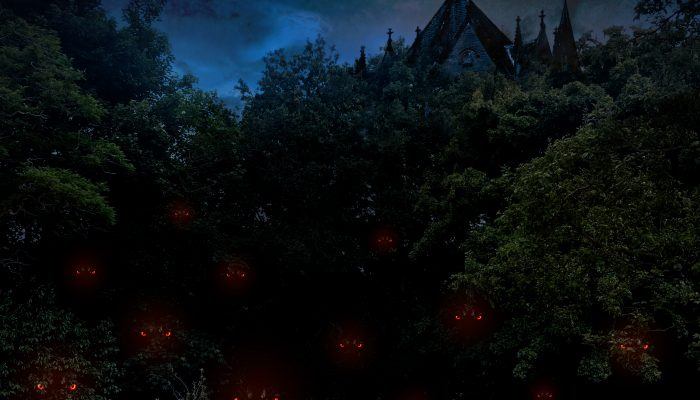