“WHY THIS MUSEUM INTERESTS ME

I chose the Lion Salt Works museum for its industrial heritage as the buildings and even the sweltering working conditions resonates with my engineering background. From the age of 18, I worked at a Naval Dockyard in Sydney learning to repair radios, radar and controls system on ships and submarines. It was learning to work alongside history as some of the vessels and equipment were purchased from Britain after the war that resonated with me. The history of physical labour, industrial architecture and equipment in the museum has a similar vibe making an authentic  connection. Somewhat surprisingly both ships and salt, operate at an international and strategic level which is yet another personal link.

A large part of my art practice is a desire to visualize and recontextualize science. Given salt’s cultural, religious and economic significance, it’s earth heritage and alchemical provenance, it became an exciting catalyst to develop ideas. 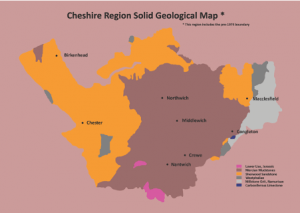 As salt was deposited over 220 million years ago when Cheshire was located geographically in an arid zone near the equator, I began thinking of the journey of salt as an act of forced migration through processes of continental drift, adaptation due to changing sea levels, temperature changes and extinction cycles that can be visualised as a slow time-based artwork that relates to our own life experience. It is a reminder of our current concerns that we must address from a climate change perspective and a strong link to my creative practice.  I reimagined ‘SALT’ as a narrator in a life journey starting at the Triassic era through to the Anthropocene, a place where art-science meet as a grand spectacle. It uses the latest projection technology and knowing that this is a realisable artwork, albeit ambitious and high budget, it has been an exciting process of imagining it, in such a free thinking way.

To recalibrate and transform the geographical, geological and historic journey of Cheshire salt from its past  over 220 million years ago to our present as an immersive video installation and spectacle. It is a 12 hour looped film using 3D water based video projection technology with surround sound located within museum building. Salt becomes the narrator in a unique biography; a time-travelling crystalline pied-piper with attitude who, as the observer of changes over millions of years regards our insatiable hunger for earth’s resources as an unsustainable practice.

The film length and narrative arc for the film matches the 12 hour shift of Lion Salt workers to the lifetime of salt , so that millions of years, are recalibrated to fit into a working day. We are time obsessed and as  time equates to money in our society the intention is to place a perceived value on earth’s natural resources be delivering a slow-time experience. Our human time measured against the age of salt is less than a minute, a timely reminder of our relative insignificance on earth’s natural timeline. 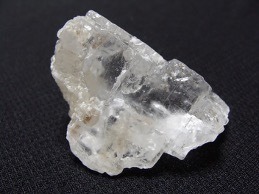 events that include:- evaporation near the equator, a weird shuffle of continents across the globe, mud layering to seal in the salt, dinosaurs came and went, flowers bloomed millions of years later, several climate heating – cooling – extinction cycles and the blip if time from human evolution to industrialisation. These visual and sound elements will include animations, science, data, images and film sourced from museum footage, geological and fossilized records, research and interviews to create a slow time journey from the past to the present.

The emotional journey of the installation is one of joy, resilience, loss and hope. i.e. That we live in a precarious present, ‘Salt’ will endure even if we become extinct and a hopeful call to action for us to become better caretakers of the earth for future generations.

REALISATION – IN THE MUSEUM
Fountains located around the edge of the salt pan evaporation area create a high brine-mist projection screen for a montage art-film. Water projection is a cutting-edge holographic palette that blends engineering and complex projection technology onto a natural canvas, an important connection with salt’s provenance that began many millions of years ago.

As an experiential work, viewers are immersed on the sight and sound of the 3D hologram film, sense the ‘brine mist’ screen on their skin as touch, taste salt on their lips and smell it in the air.

Visitors consume crisps seasoned with the locally extracted Triassic-aged salt. All senses are invited to the party as history becomes a spectacle that is also ingested!”

“I am a full-time artist with a passion for art-science and creative collaboration. My environmentally-led public art practice is significantly international but virtual collaborations and digital outcomes extend its global reach. Given my multimedia bias and engineering background I find this an inspiring constraint. I work with the concept of time and scale exploring ideas of beauty within science and coherence that links the smallest ‘invisible’ particles with something as immense as the cosmos. The visualisations include;- quantum tunnelling with dance, nanoparticles and print  and space weather data as a fusion of dance, sounds and animation. 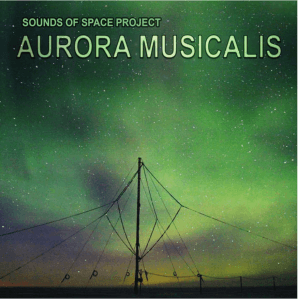 My current project’ Sounds of Space’, a collaboration with a space weather scientist and a musician-composer, continues to evolve as a series of cross-disciplinary public art events:- including the Venice Biennale, Concerts (Australia), Isle of Lewis (Dark Skies Festival), Blue Dot Festival (Jodrell Bank)and Cambridge based art-science lectures and festivals. You are welcome to listen, download and share to a free album called Aurora Musicalis inspired by earth ‘sounds’ gathered in Antarctica :- https://soundsofspaceproject.bandcamp.com

As quoted by collaborator, Kim Cunio,  On this album …….

’is a statement that science and art can work together, not solely to entertain as such collaborations were imagined generations ago, but to unite us in telling the story of our planet as it struggles under multiple stresses, each of which could change our civilisation within a generation’.”