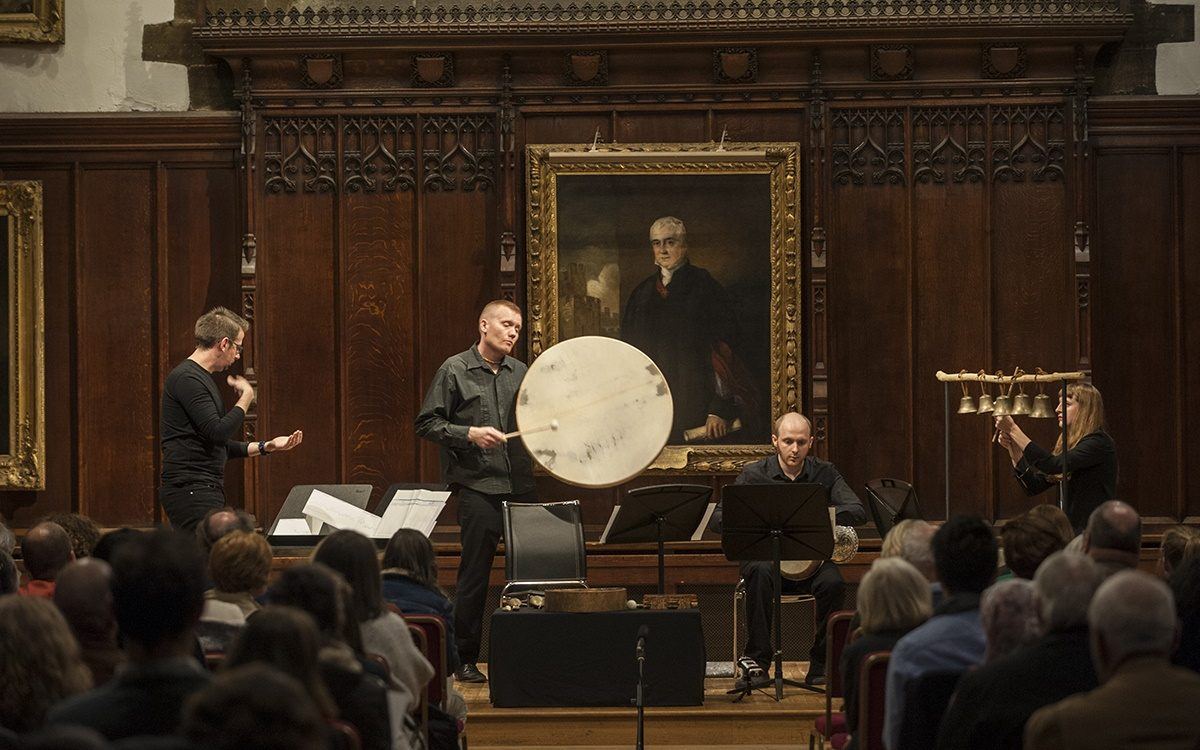 Durham Castle was one of nine heritage sites selected by Arts&Heritage to take part in its Meeting Point 2016 programme. The museum took part in a series of A&H training workshops and visits, to learn how to successfully deliver a contemporary art project. The museum then developed their own Artist’s Brief, and presented this to 40 artists from across the UK at a networking event. From Expressions of Interest, three artists were shortlisted to draw up a more detailed proposal from which the museum selected Jo Coupe for the commission.

Jo Coupe’s work emerges from a fascination with transience and decay and encompasses small objects to photography, video and sound.

Vital Signs was a one-off performance by the artist at the end of an eight-month project that examined the interconnectedness of Durham Castle and its inhabitants.

The musical piece consisted of four musicians using medieval percussion instruments to play a musical score created using data gathered from Durham Castle’s conservation and monitoring systems. Working with percussionist Brendan Murphy, Coupe transformed information on temperature, humidity, and light levels in the castle, as well as numbers of visitors and postal deliveries, into a suite of compositions that aimed to reveal the rhythms and patterns of human presence in the building.

“Durham Castle is nearly a 1000 years old, but it’s not like so many other castles and museums frozen in time – it is a living castle where spaces like the kitchen and chapel have been used for the original purposes for hundreds of years. Today it’s also the home to University College, the oldest of Durham University’s colleges, and has over 1000 students associated with the building and over 100 actually living in the Castle. All this makes for interesting fluctuations in the data Jo has been looking at. Jo has used some of the data that is collected here at the castle – such as temperature readings and even the amount of post that we receive – and translated it into several pieces of music which people will be able to hear performed at a live event in the castle’s beautiful Great Hall.”

Jo Coupe worked with percussionist and composer Brendan Murphy and three other musicians, who were hand-picked for their ability to play instruments similar to those which might have been played at the castle many hundreds of years ago.

The instruments which were used in the performance include a variety of frame drums made with wood and animal hide, a riq or timbrel which is an early tambourine, tuned bells and cow bones played like spoons. The various fluctuations which can be heard in the music reflect all sorts of activities and changes in conditions in the building.

“By using medieval percussion instruments I hope to create a connection between the building today and the sounds that might have been heard here in its earliest life,” – Jo Coupe

“The commission of this piece, looking at almost a rhythm for the building today shows that use, the fact it’s living, the fact it’s percussion instruments is really interesting – it sounds like what’s being created is almost like a heartbeat that reflects what’s actually taking place in the building.” – Gemma Lewis, Curator, Durham Castle

A sound installation based on a recording of Vital Signs was subsequently installed in the Norman Chapel at Durham Castle.

Sitting at the heart of Durham’s World Heritage Site and occupied continuously since the 11th century, Durham Castle is now home to the students of University College, part of Durham University.

It is likely that a Saxon fortress existed on the site now occupied by Durham Castle from around the 10th century. The earliest surviving parts of the Castle date from around 1072 when William the Conquerer ordered the construction of a new fort. Since this time the Castle has had a fascinating history as fortress, palace and finally as a college of Durham University.

Durham Castle is open for guided tours throughout the year. 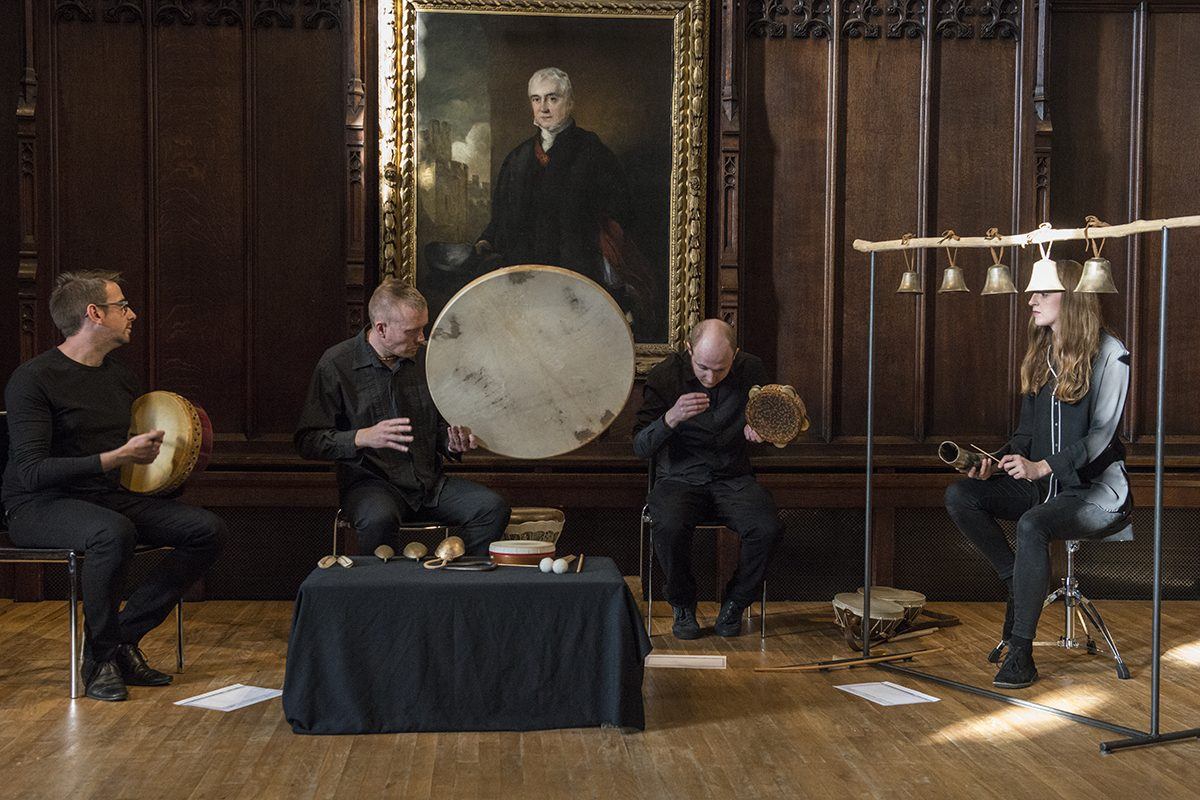 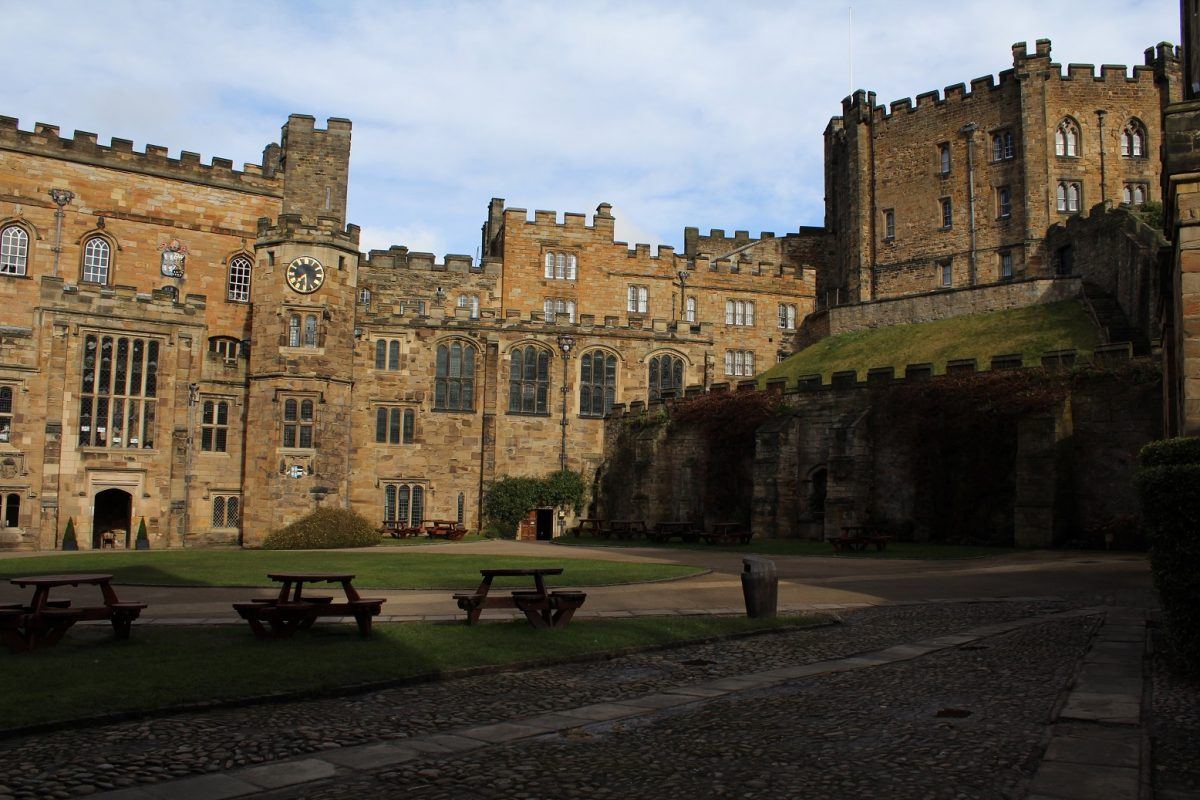 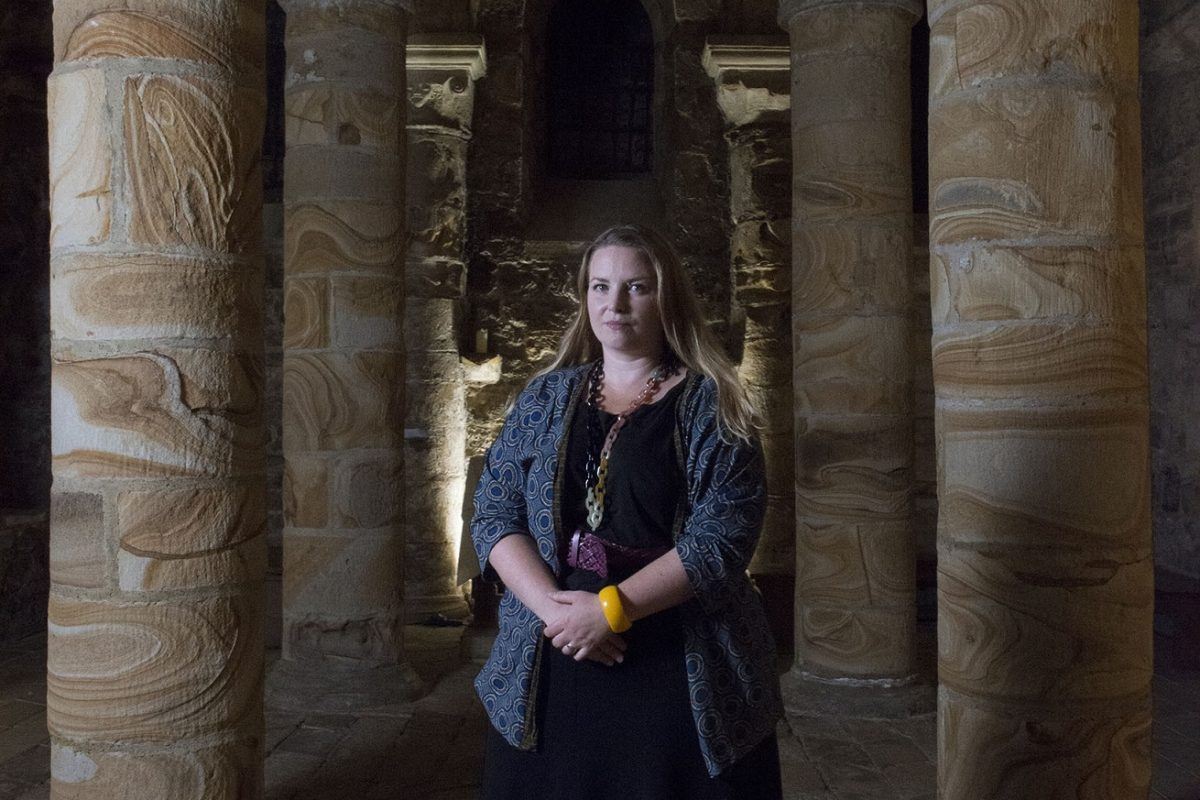