Artist and musician Paul Rooney was commissioned by Ripon Courthouse Museum to respond to their historic courthouse where individuals have been tried and sentenced over the centuries.

Rooney installed a surround-sound artwork in the historic Ripon Courthouse space, focussing on the ‘voice’ of a former defendant accused of shoplifting in 1853, 14 year old Ann Lupton.

The spoken and sung words and sounds of Stolen Things were created using a variety of sources including the childhood memories of Ripon Museum volunteers, the chords of a Taylor Swift song and a Victorian children’s hymn. The sound composition invoked the shouts of the courtroom public and Victorian church singing to build to a rowdy evocation of some liberatory mischief.

“We are delighted to have been able to work with Paul Rooney on this exciting new art commission for Ripon Courthouse Museum. Paul’s sound installation is an immersive and evocative experience, based on a real trial at Ripon Courthouse, and we hope it will offer visitors a fresh perspective on the history of the Courthouse and a new and innovative way to engage with our stories. We’ll be working with other contemporary artists over the next three years, to keep building on the successful work we do with contemporary art.” – Leah Mellors, Curator

“Propelled by a youthful joyfulness, it sounds as though there’s a joyous energy in resisting authority and oppressive power structures.  But then, as quickly as it began, something breaks.  Its teenage energy runs out, …like a child’s broken toy that can only sustain its exuberance for so long.  “I don’t actually believe these stories”, croaks a young voice. It’s a genuinely poignant ending to a work which could only exist in such a brutally, painfully nostalgic setting.” – Tessa Norton (The Wire magazine), May 2019 review of the work

A re-work of Stolen Things was featured in Stuart Maconie’s Freak Zone on BBC Radio 6 on Sunday 5 January.  The broadcast can be found here.

Watch a short film about the work.

Ripon Museums Trust engaged Arts&Heritage as consultants to support the museum in commissioning contemporary art responding to the heritage of Ripon Courthouse Museum.

Ripon Courthouse Museum is situated in an elegant Georgian Courthouse that remains virtually unchanged since it was built in 1830. Following closure of the Magistrates Court in 1998, it was opened as a museum a year later. In 2005, its interiors were redecorated in the original colour scheme used when the building opened at Michelmas 1830. The permanent display offers an illustrated history of the use of the Courthouse, suitable for all ages.

The museum is housed in the former Quarter Sessions Courthouse built in 1830 to replace its medieval predecessor and the interior of the courtroom has not changed much since then. After Quarter Sessions ceased in 1953, the court continued as a Magistrates Court until it closed in 1998. The building is an important part of the museum. 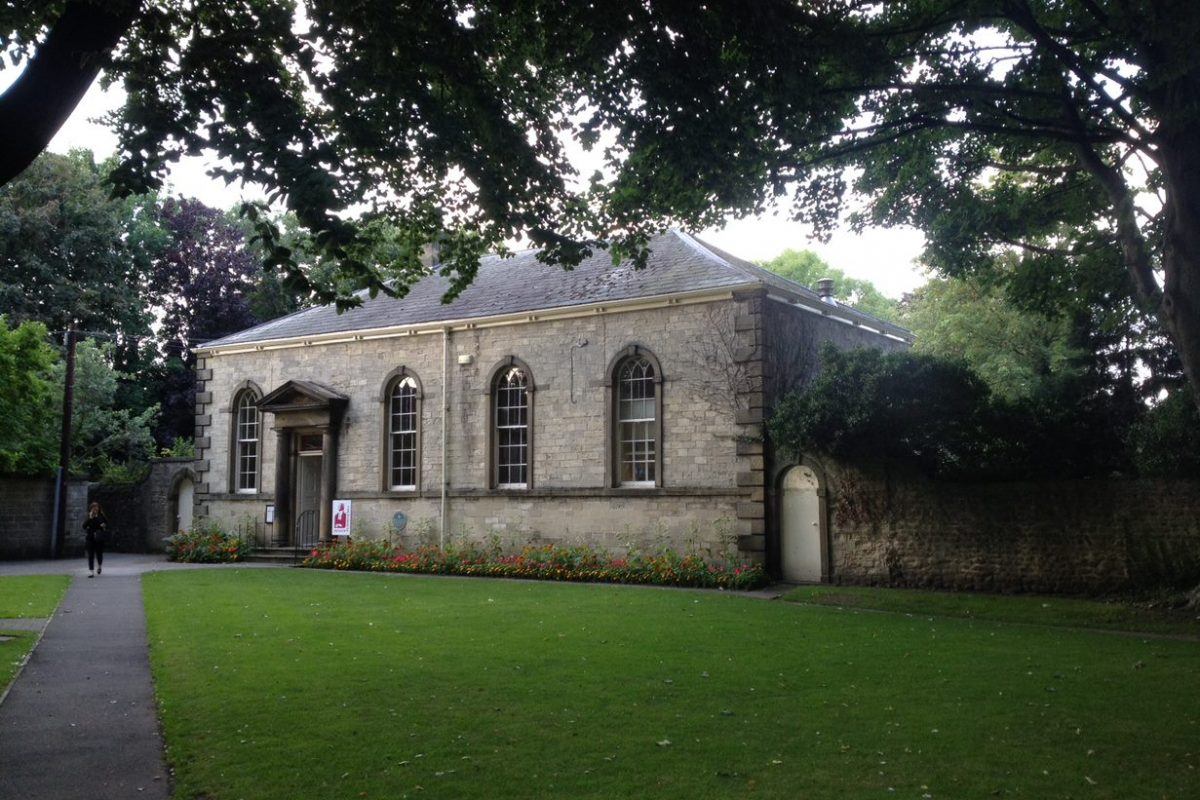 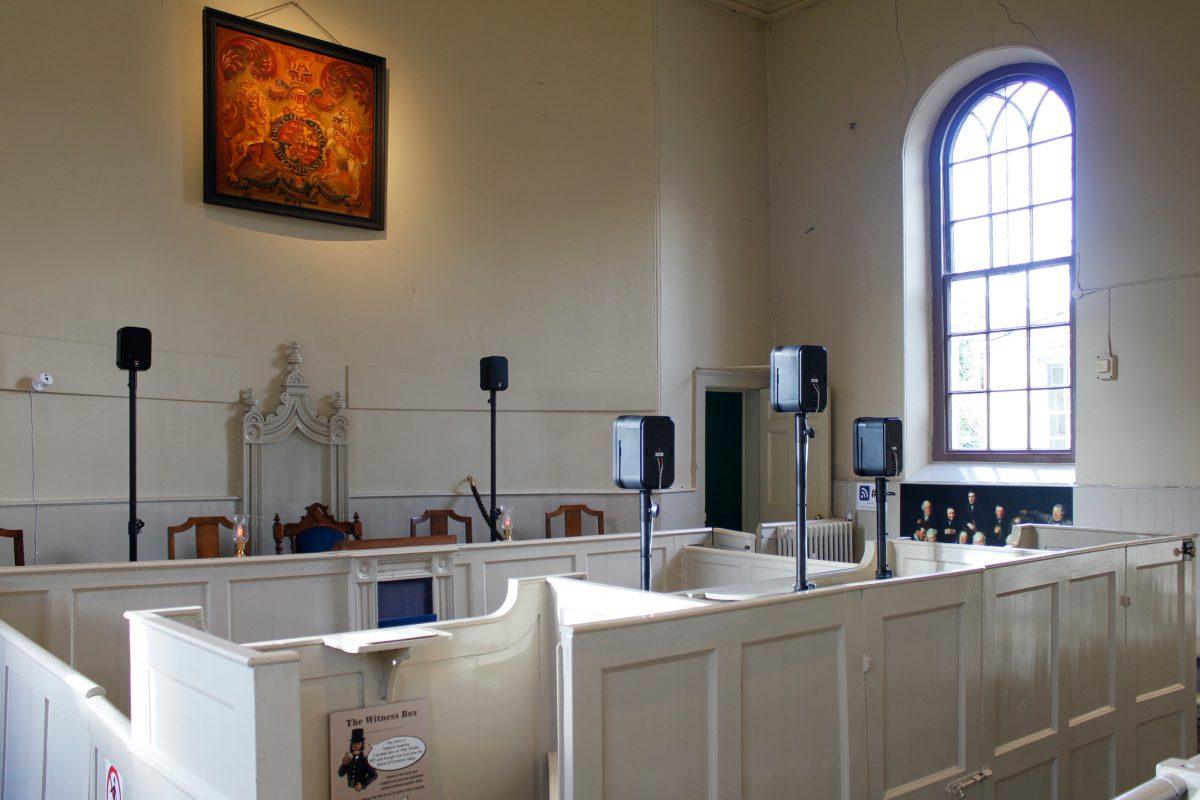 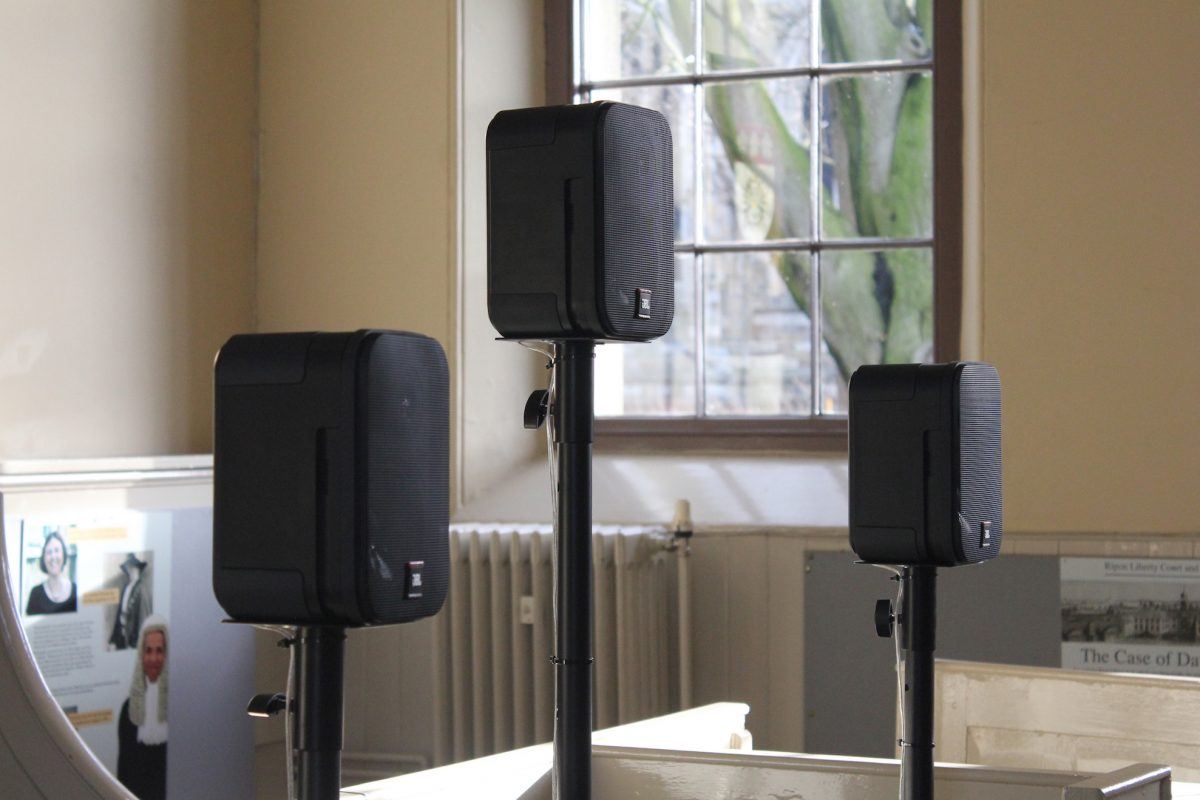 Paul Rooney is a Liverpool-based artist who creates music with words, often exploring the themes of music, myth, memory and place. Paul has been commissioned by Tate Liverpool and The Drawing Room, and has had residencies at DCA, Dundee and University of Oxford/Victorian College of the Arts, Melbourne. He has exhibited internationally including in Mexico City and Shanghai. Paul was the winner of the Northern Art Prize in 2008 and his work is in the Arts Council Collection.