Middleport Pottery, located in Burslem, Stoke-on-Trent, has been the home of Burleigh (historically “Burgess and Leigh“) since 1889 and is the UK’s last working Victorian pottery in continuous production, producing ceramics for more than 130 years on site. Burleigh still uses traditional skills and techniques, and Middleport Pottery houses an archive of their historic designs and moulds.

Middleport Pottery was one of six heritage sites selected by Arts&Heritage to take part in its Meeting Point 2018-2019 programme. Middleport Pottery took part in a series of A&H training workshops and visits, to learn how to successfully deliver a contemporary art project. Middleport Pottery then developed their own Artist’s Brief, and presented this to 60 artists from across the UK at a networking event. From Expressions of Interest, four artists were shortlisted to draw up a more detailed proposal from which Middleport Pottery selected Nuala Clooney for the commission.

Working in partnership with members of the local community – including Root n Fruit Community Garden, and Middleport Matters Community Trust – Nuala used a 3D scan of an original dessert mould from Burleigh’s collection to create new artworks, and to shine a light on the work of early 20th century ceramic designer, Charlotte Rhead, inspired by her colourful fruit and flower motifs. The new work combined traditional methods of slip-casting with 3D scanning technology.

Of her research, Nuala said:

“I’ve been working with Middleport over the last year and during that time I’ve been able to explore the museum’s archive of moulds, which have been used to produce the famous Burleigh ceramics since the early 20th century. I’ve also been inspired by the designs of ceramic artist Charlotte Rhead, who was born locally and worked at the pottery between 1926 and 1931, and whose work is often overlooked.”

The project culminated in a tea party at Middleport Pottery on Saturday 21 August with food demonstrations and a display of the new jelly mould designs created by Nuala and members of the public.

“Nuala’s artwork picks up on parts of our collection which we don’t shout about enough and I hope that when people come along in August they’ll see how playful, fun and colourful our local history can be.”

“I often use food in my practice and it’s proven to be a wonderful way of getting people engaged with Middleport, and for us to create things together as a community.”

Middleport Pottery, located in Stoke on Trent, is a Grade II* listed site, and is one of the last Victorian potteries remaining in operation today.

In 1862 Mr William Leigh and Mr Frederick Rathbone Burgess formed a partnership to take over the running of an earthenware business in Burslem, Stoke on Trent. By 1889 Burgess and Leigh moved the business to a new site next to the Trent and Mersey Canal now known as Middleport Pottery. William Leigh was an orphan and a Methodist and his personal background may have informed the brief to his architect Absalom Reade Wood as Middleport Pottery was quickly recognised as a model factory. It was considered a site of innovation and flow; from unloading the clay from the canal to the streamlined manufacturing process inside. It also set high welfare standards with the provision of a wash house for workers and every year employees would receive a Christmas Goose.

The sons, Edmund Leigh and Richard Burgess, continued the business after their fathers’ deaths until the Leigh family took sole control of Middleport Pottery in 1912 after Richard Burgess died. The 20th Century saw ‘Burleigh’ ware continue to be manufactured from Middleport Pottery throughout international conflict, financial crisis and receivership. In the late 1990s, the Dorling family purchased the business and trading under the name Burgess, Dorling and Leigh, ensured the survival of business and building for a further 12 years. In 2011, the company passed into new hands again when it was acquired by Denby Holdings Limited.

The pottery still produces ‘Burleigh’ ware using much the same machinery as designed by engineer William Boulton in the late 1800s and using many of the same processes developed during the factory’s Victorian origins. The earthenware is acclaimed internationally for its unique underglaze tissue transfer printing, creating patterns using hand-engraved copper rollers.

The remaining buildings on site are used for new creative businesses and a visitor centre where you can learn about the people and events that shaped this pottery industry. Within the complex, Clay College has been established to train aspiring new potters in studio ceramic techniques and factory tours allow visitors to experience pottery being made using handcraft methods dating from the 1880s. 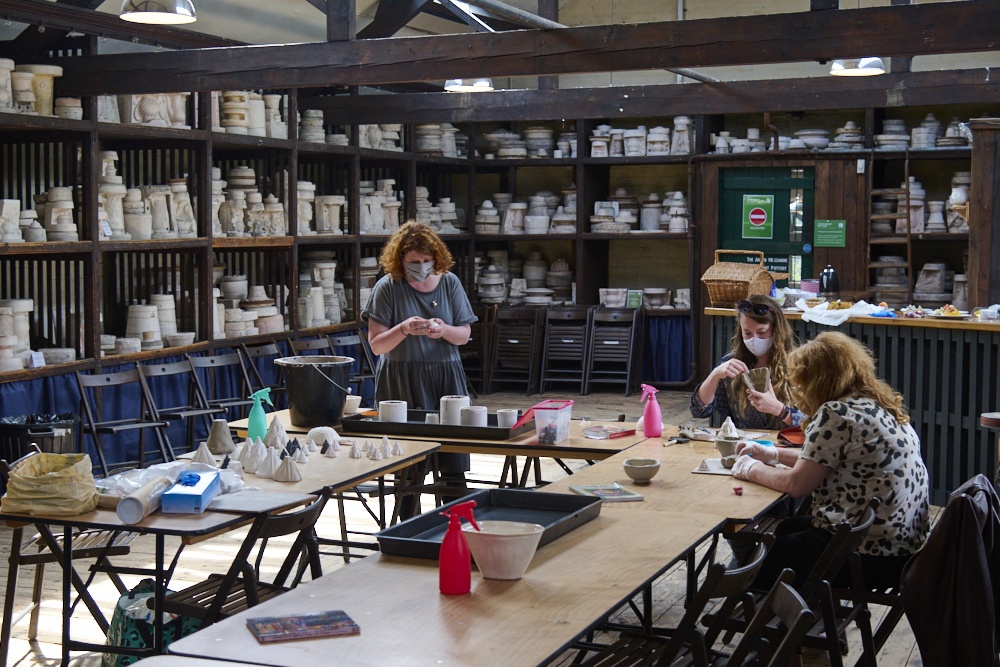 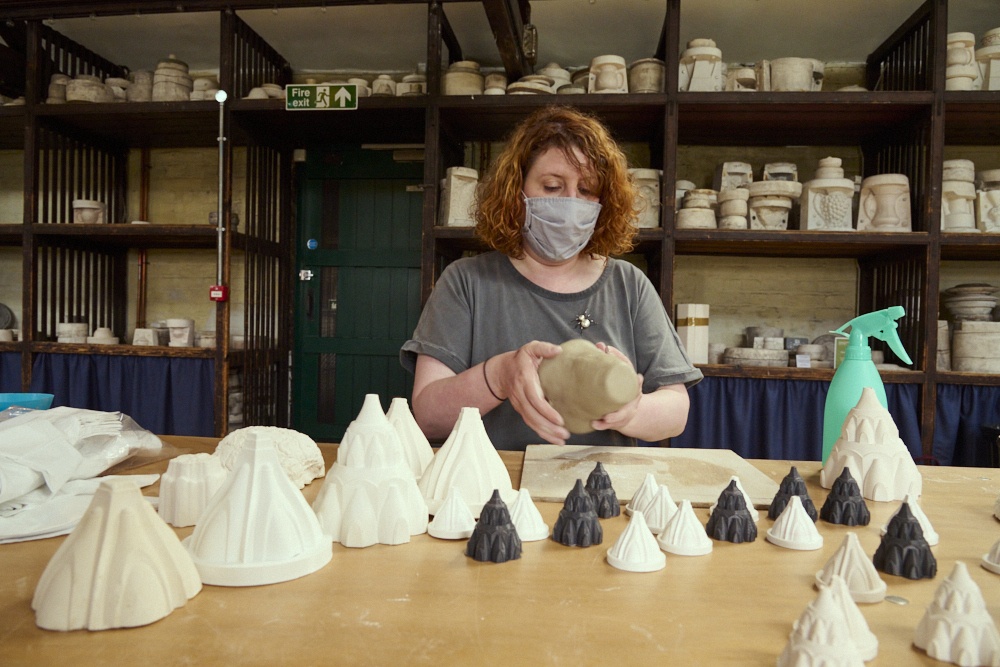 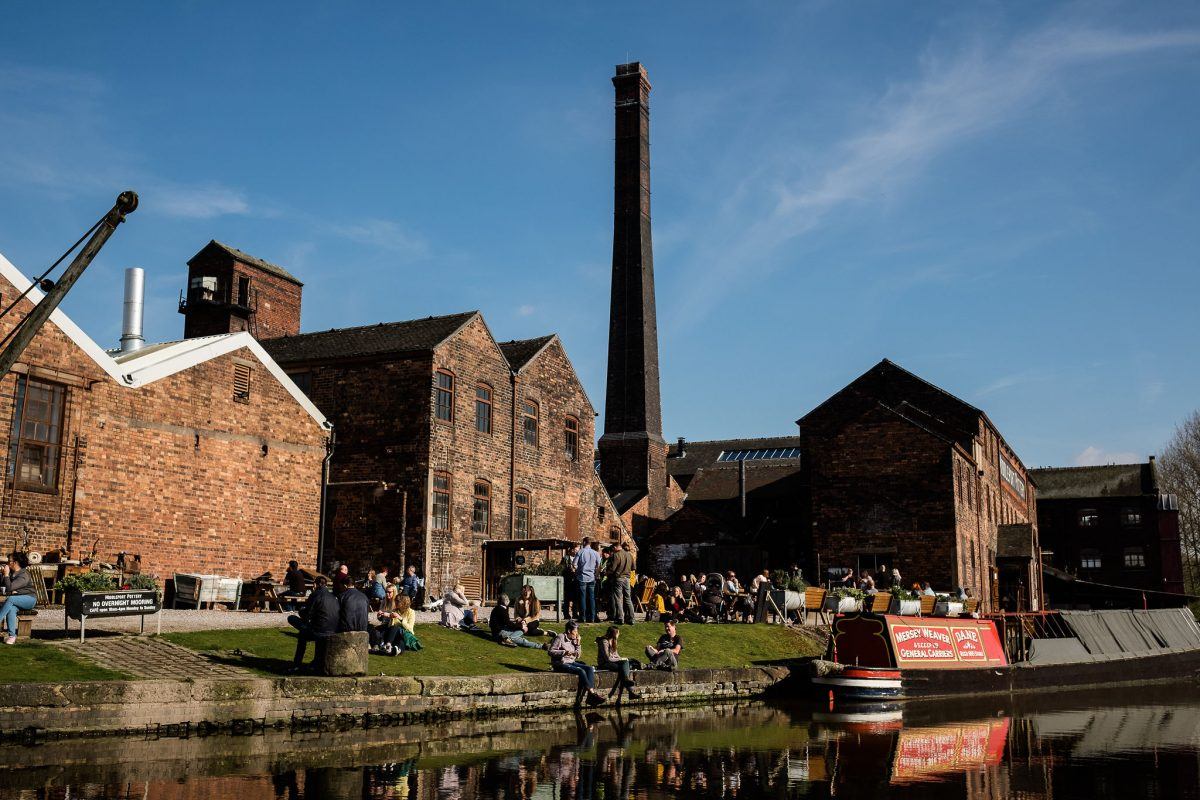 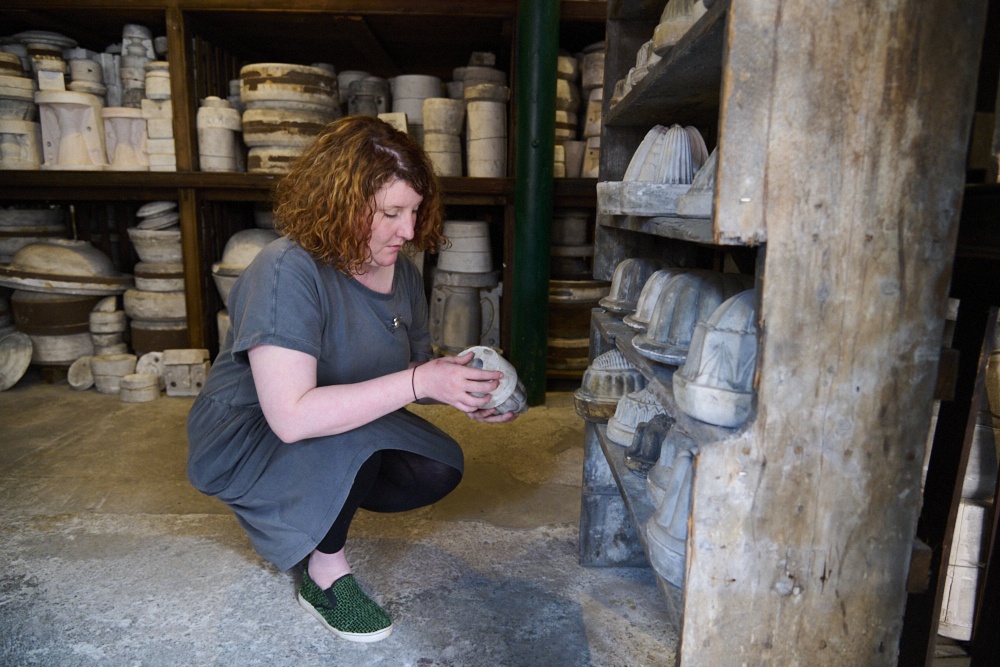 Nuala Clooney is a practicing artist based in Birmingham. Nuala has exhibited internationally and extensively across the UK, including in 2018 where she was included in the Arts Council England exhibition at Birmingham Museum and Art Gallery, Women, Protest Power. In 2017 she was shortlisted for the John Ruskin Master of All Trades Prize, Sheffield.

In addition, Nuala has developed work for a variety of contexts including Science Gallery London, Barts Pathology Museum London, and the Art and Science Festival Birmingham. Nuala is also the Recipient of the 2020 Feeney Fellowship.