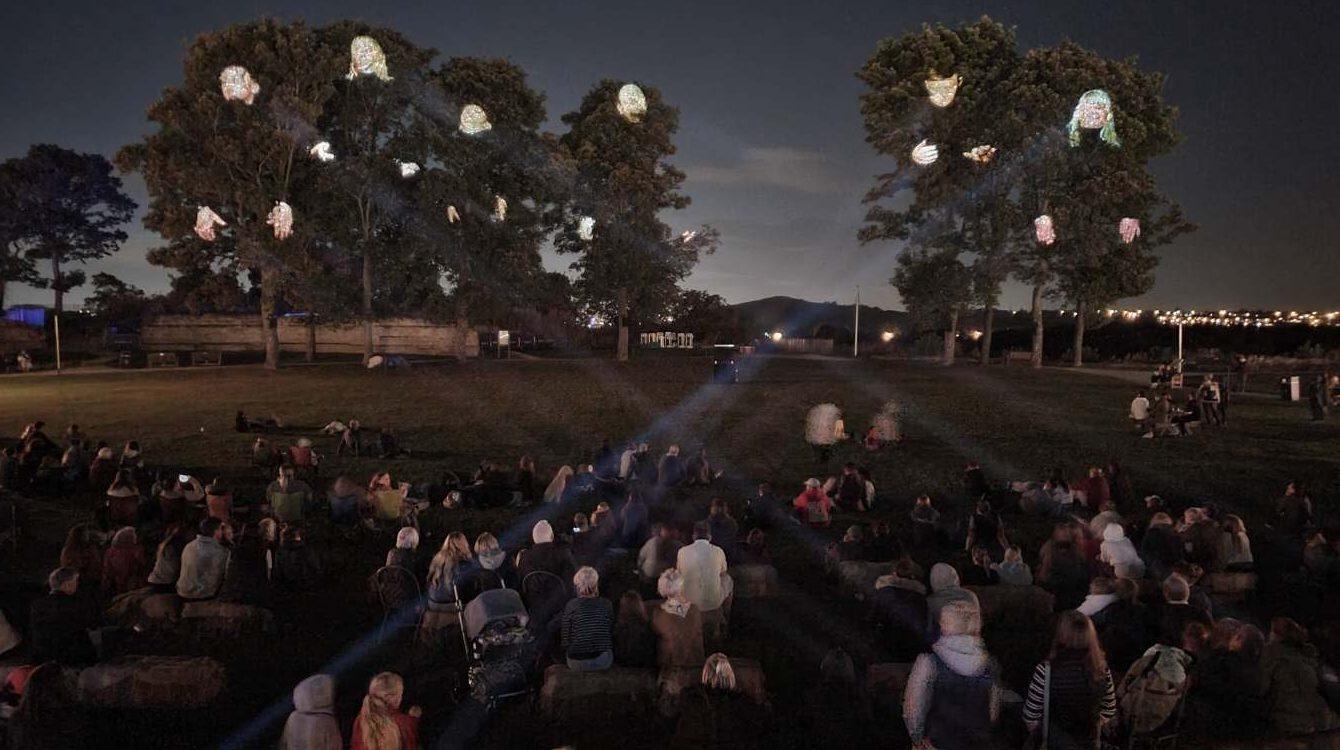 “And there was dancing of Giantes; and musick prepared to meet us.” – Ben Jonson, 1618

In 1618 the playwright Ben Johnson happened upon the long forgotten traditional dance of the wicker giants of Pontefract whilst traversing England and visiting the town. Over 400 years later, and since the near-eradication of English pagan celebrations, Wakefield Council and Arts&Heritage commissioned artists James Bulley and Matthew Rosier to reinstate this community spectacle.

As night fell on the weekend of the Autumn Equinox 2021, a ring of trees on top of Pontefract Castle transformed into ancestral giants, in an vast audiovisual art installation that told a 300,000 year-long story of the entangled relationship between humanity and nature. Pontefract Giants was created by Matthew Rosier and James Bulley, with the poetic narrative written by Daisy Lafarge, performed by Annabel Scholey, and was the result of a six-month collaboration with residents of Pontefract – over thirty of whom featured as projected giants.

Watch a film of the project here.

Commissioned by Wakefield City Council, created with support from Arts&Heritage.

Pontefract Castle is a castle ruin in the town of Pontefract, in West Yorkshire, England. King Richard II is thought to have died there. It was the site of a series of famous sieges during the 17th-century English Civil War. 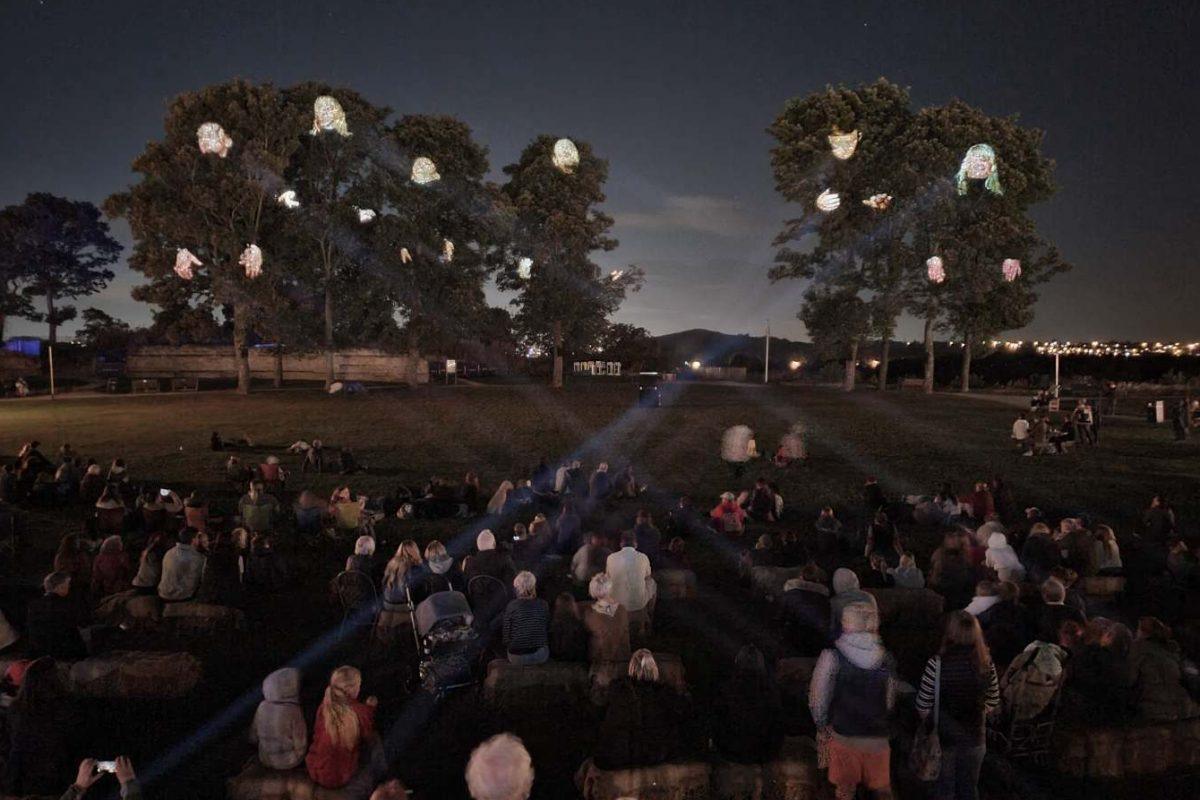 James Bulley (b.1984) is an artist, composer, curator and researcher whose work explores spatial sound, the archive and the natural world. He is based in London, UK.

Matthew Rosier (1990) is an artist based in London. His work mixes technology with film and sound in the form of interactive and immersive installations in the public realm. His practice is collaborative and includes the surrounding community both in the creation process and the finished work.