Commissioned in collaboration with Hexham Book Festival, The Mansio arrived at strategic sites along Hadrian’s Wall in 2016.

Mansio’s were places of rest for Roman businessmen and government representatives. This Mansio featured new work by award-winning authors who wrote new stories in response to the World Heritage site of Hadrian’s Wall.

The design, can be seen as a ‘mobile ruin’, and references northern England’s historic and industrial remains. It appeared like a translucent ghost amongst the traces of the past armies and inhabitants from all over the Roman world who occupied the trading posts, forts and settlements of this remote border landscape. 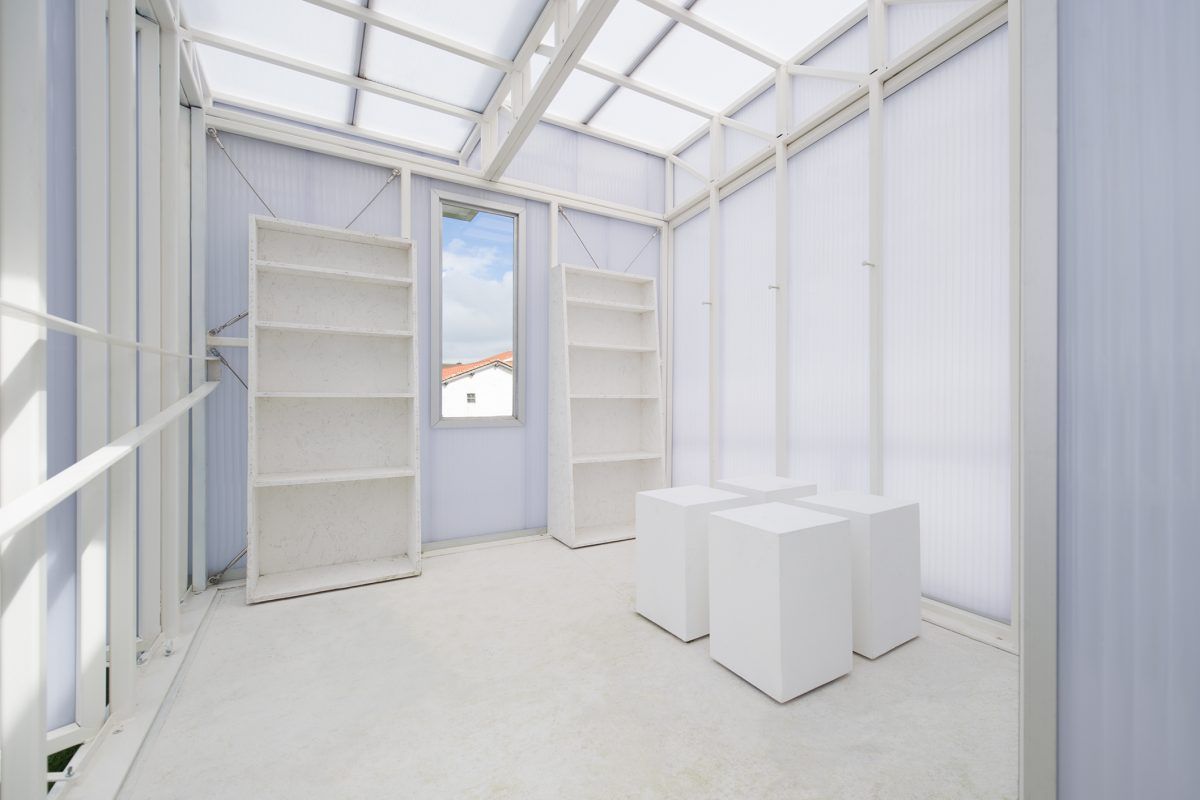 Matthew Butcher is an academic, writer and designer. He is a partner in design practice Post Works and is the editor and founder of the architectural newspaper P.E.A.R.: Paper for Emerging Architectural Research. Matthew is also lecturer in Architecture and Performance and BSc Programme Director at the Bartlett School of Architecture. His work has been exhibited at the V&A Museum, London; Storefront for Art and Architecture, New York; The Architecture Foundation, London and the Prague Quadrennial, Prague