Four striking and surprising new artworks emerged into the landscape at Fountains Abbey and Studley Royal as part of Trust New Art in spring 2018, recreating the ‘lost follies’ of the UNESCO World Heritage Site.

Since 2015, the folly! programme celebrated the playful, whimsical style of the Georgian water gardens. From a giant black raven in the Banqueting House to a glittering chandelier depicting the debauchery and excess of 18th century entertaining, folly! was about thought-provoking, unexpected artwork for all.

The third instalment of folly! was presented from 28 April – 4 November 2018, with the installations moving outdoors and appearing on the sites of the garden’s lost follies. These colourful outdoor installations were designed by international artists and architects FleaFolly Architects, Charles Holland Architects and Studio Orta.

Each artist was commissioned to create a new experiential installation within the Georgian water gardens. These dramatic works re-imagined some of the lost follies of the garden revealed by historic drawings and paintings – the whimsical Rotunda, the Bathing House nestled in the hillside and the tent which once stood atop Tent Hill.

Local school children let their imaginations run riot as part of a competition to create the design for the fourth folly, which was part of a collaboration with the North Yorkshire Society of Architects. The winner was Foster Carter from Catterick Garrison school.

Exotic objects, animals and food were highly coveted by the Georgians, as they represented wealth, travel and an opulent way of living. Charles Holland‘s design, Polly, brought this to life, celebrating the playful spirit of the water garden. Read more.

With fantastic views down into the garden and across to the folly Octagon Tower, The Gazing Ball designed by Lucy Orta, was in a prime position for giving visitors a unique view of the landscape around them. Read more.

Inspired by the lost folly, the Bathing House, which used to sit in sight of the moon ponds, architects FleaFolly masterminded the Listening Tower from which you could hear the sounds of the lost Bathing House as you strolled through the water gardens. Read more. 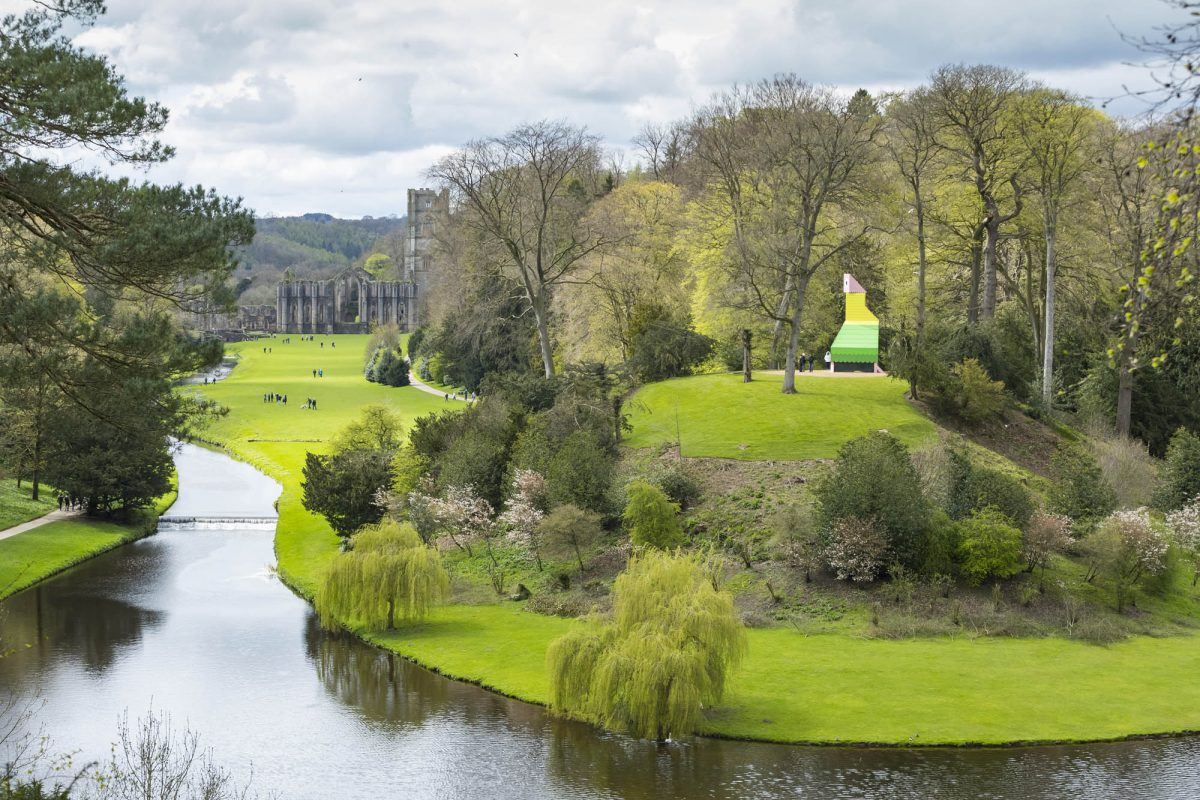