Folly! saw the temples and follies of the World Heritage Site and National Trust property transformed from their original use to places of visual trickery and untold histories.

The original designers, the Aislabie family, of the Studley Royal Water Garden created many follies on the estate to surprise and delight their eighteenth-century guests. These fashionable, whimsical buildings or structures were often used by garden designers to catch the eye or draw attention to a carefully created vista.

The Octagon Tower, Temple of Fame, Banqueting House and Temple of Piety presented installations by twenty-first century artists in response to the opulent past of the unique place.

McCann made two new works for the project: Scavenger in the Banqueting House, and Lost Property in the Temple Of Flames. McCann created fantastical creatures to invade and reside in the opulent landscape. Through the work the artist explored the relationship between man and nature, wilderness and parkland, architecture and chaos.

“This is an invader in this classical landscape, a scavenger at an abandoned feast, nature red in tooth and claw, fighting back at man’s dominance.” – Gary McCann

Responding to the indulgence of eighteenth century design where landscaping drew horizons, vistas and distant prospects, Irene Brown’s Hall Of Mirrors in the Octagon Tower created infinite views and the illusion of endless perspective.

“Georgian gardens were embellished with grottos, follies and statues to entertain and delight their guests. The mirrored room presents as fascinating a diversion for visitors today.” – Irene Brown

Simon Costin’s The Curious Tale of the Professor and the Temple shown in the Temple Of Piety revealed the bizarre secret of Professor Dennistoun. Dennistoun was born in Ripon and visited Fountains Abbey regularly. He believed the Temple folly to be an, “Ancient place of worship, now in ruins”. Dennistoun developed a peculiar theory that unless he could convince the estate to hold a lavish party in honour of the Old Gods his three sons would perish. Costin responded to Dennistoun’s wish and filled the dark space inside the Temple of Piety with a lavish shrine to the ancient gods.

Folly! was part of the NT’s Trust New Art programme and funded by Arts Council England. 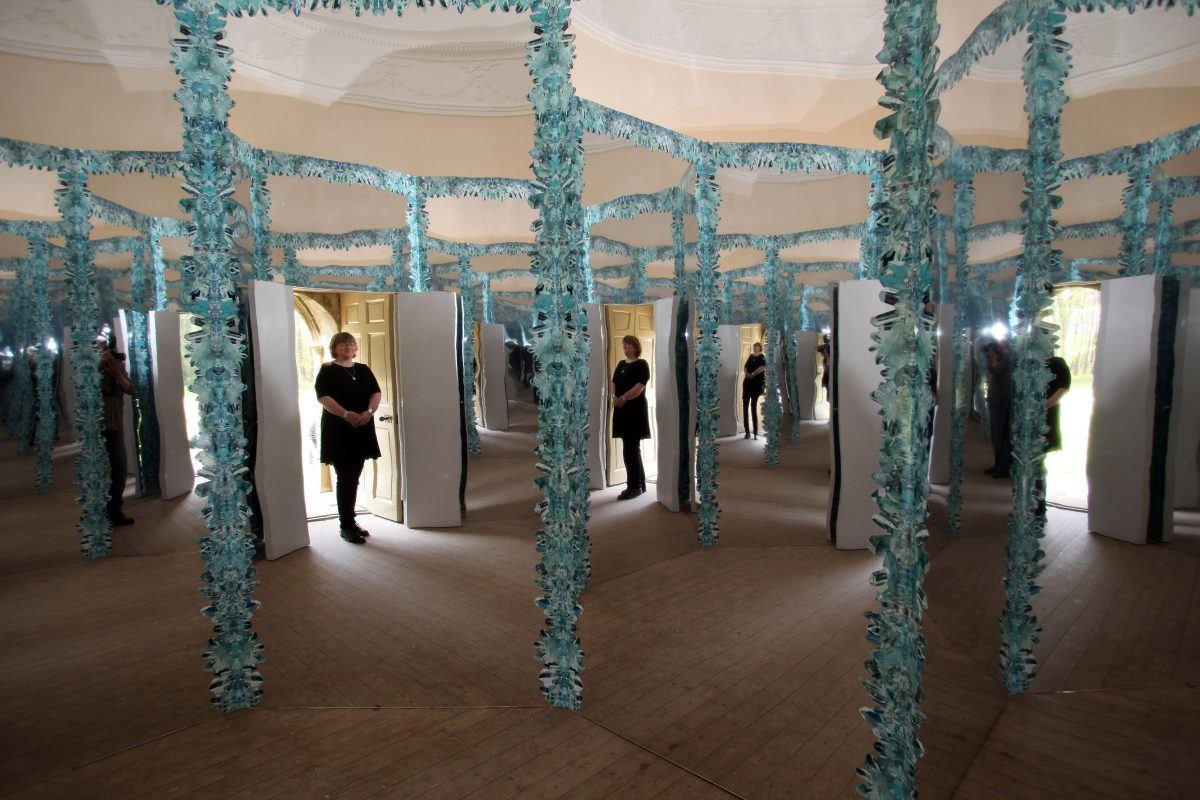 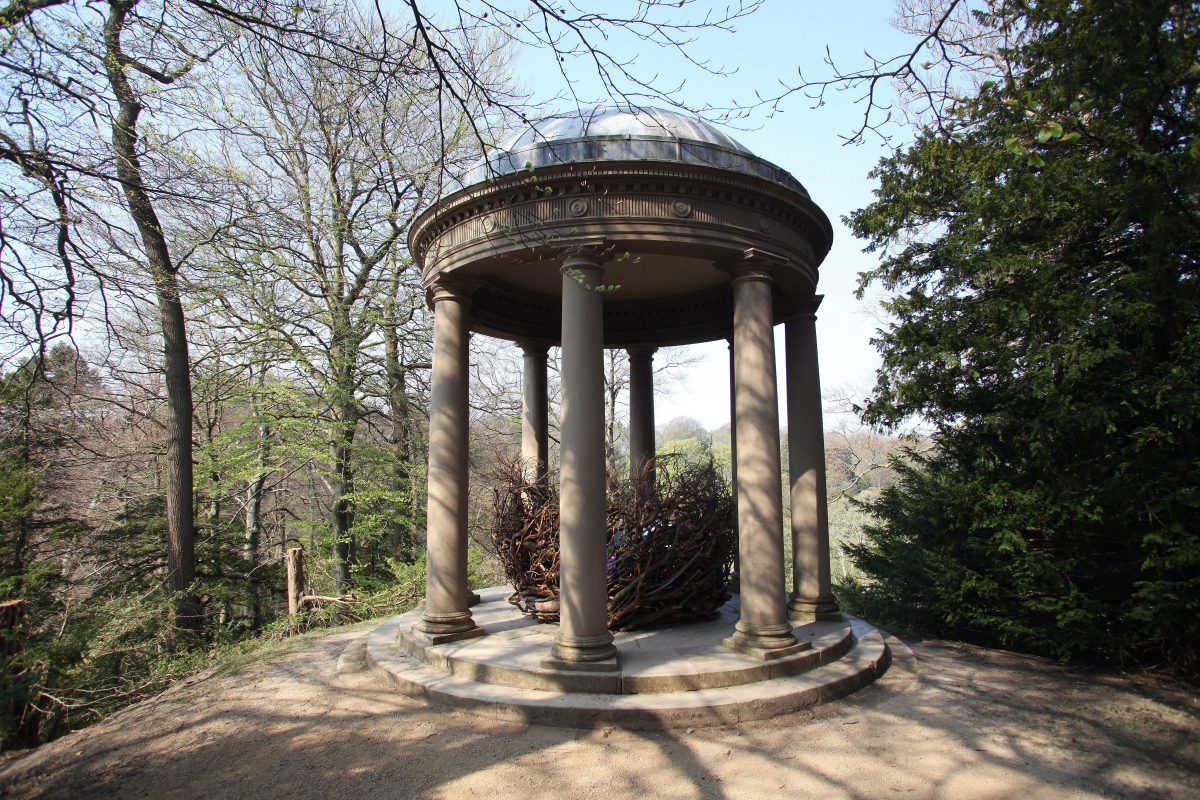 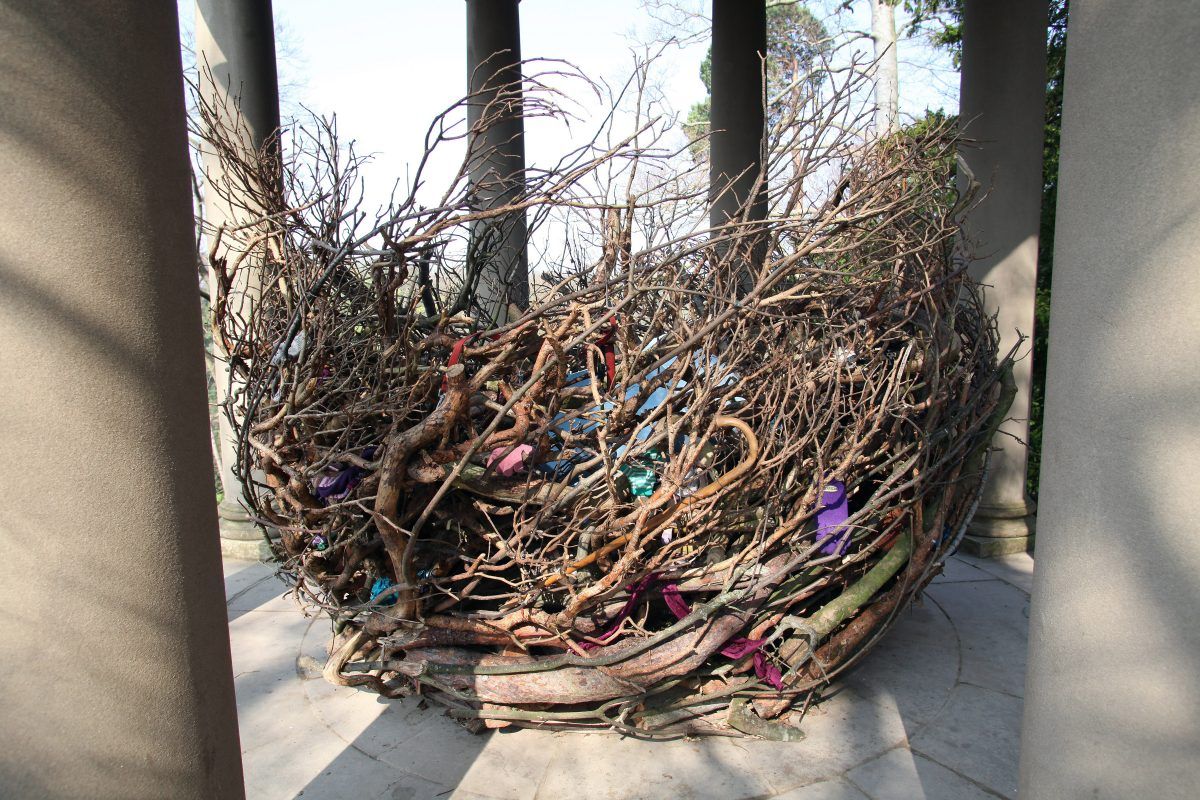 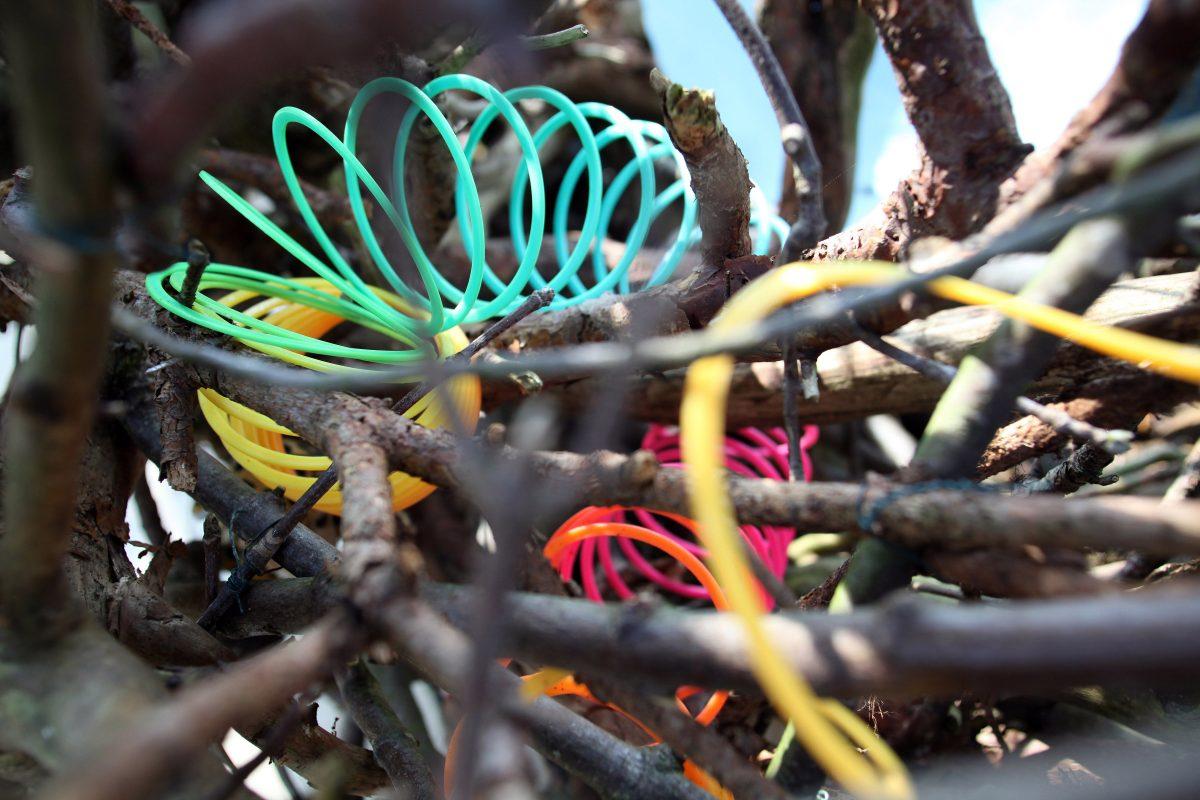 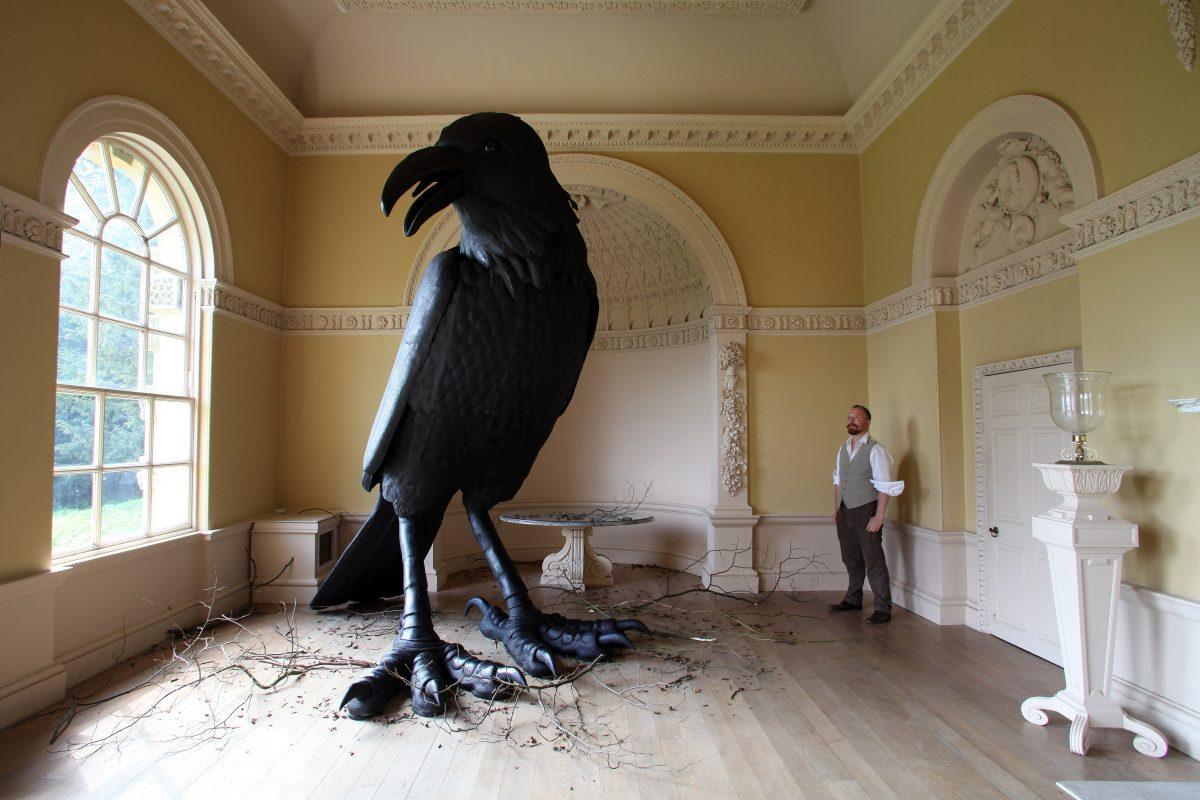 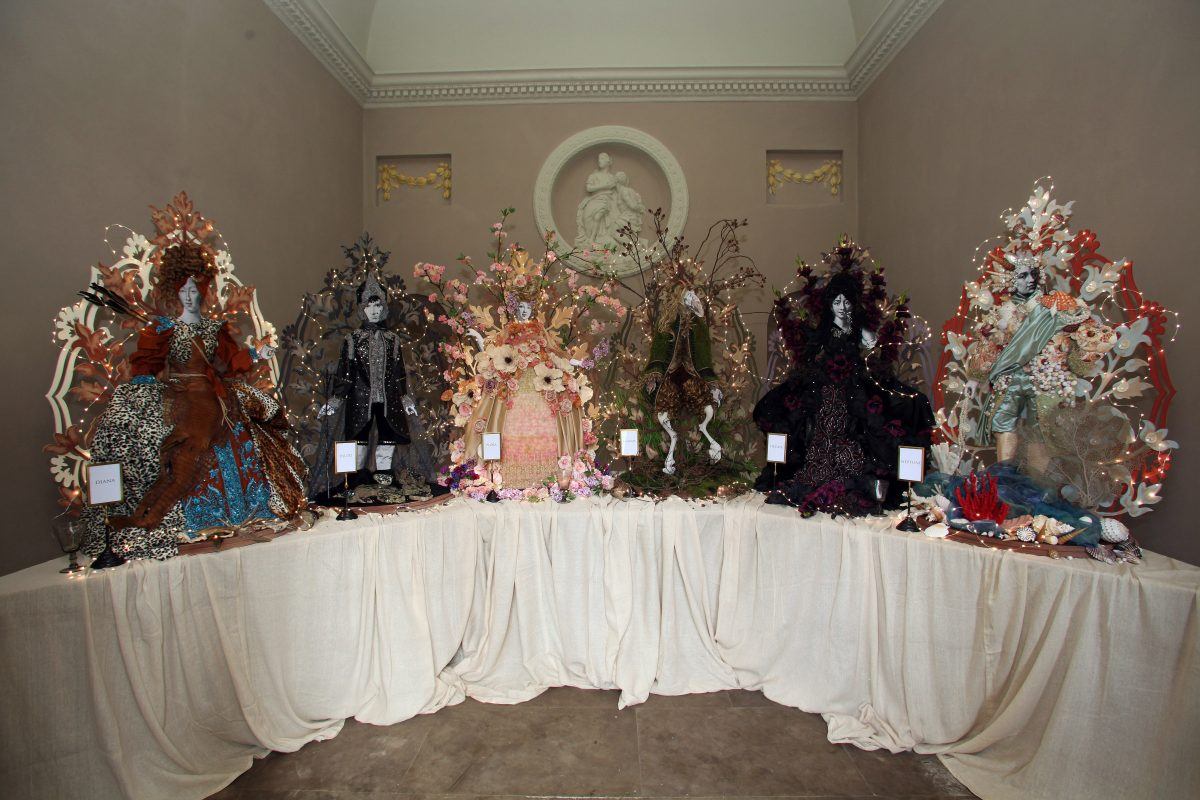 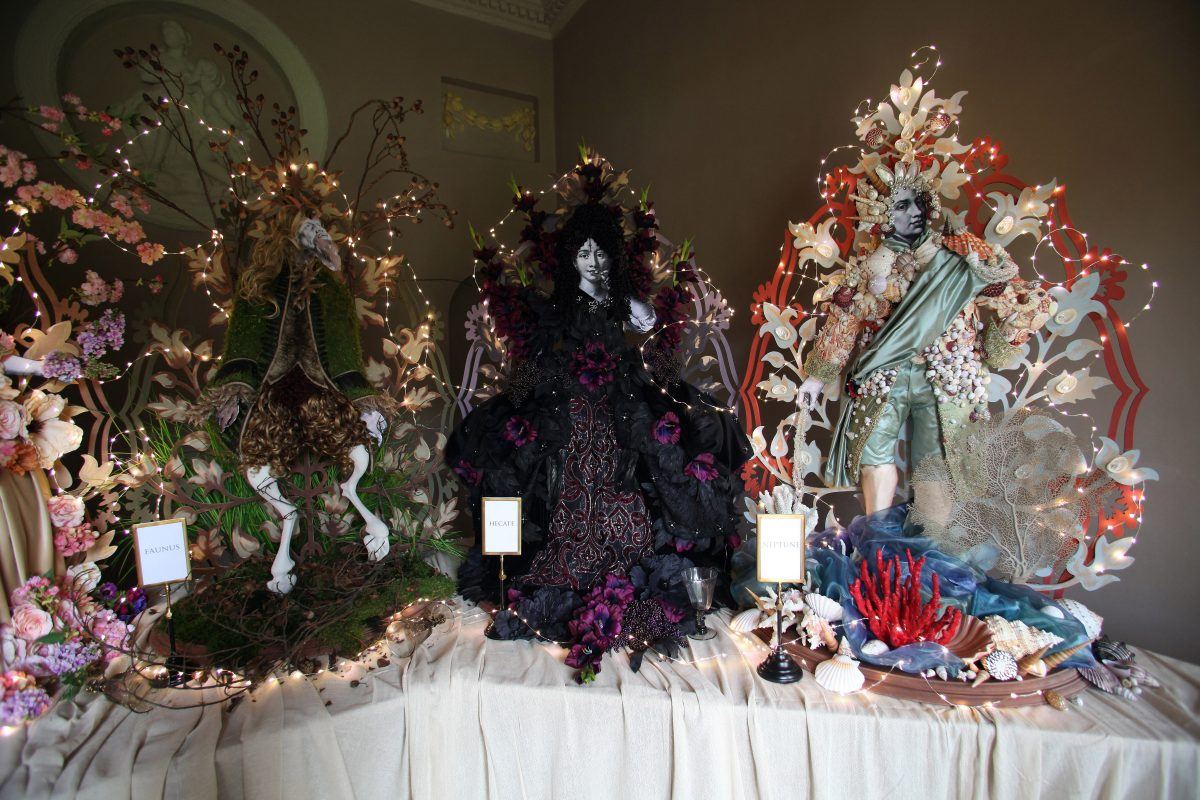 Irene Brown is an artist and academic based at Newcastle University whose research and practice is engaged with Wonder, focusing also on the history and philosophy of science, specifically cabinets of curiosity known as Wonder Cabinets.

Simon Costin studied Theatre Design and History of Art at Wimbledon School of Art. Since leaving college in the mid 1980s, Simon has grown to become an internationally respected art director, curator and set designer. He is renowned for the conceptually ambitious nature of his designs and his event conceptualising.

Gary McCann is internationally renowned for his inventive and theatrical approach to set and costume design, Gary grew up in Northern Ireland, studied Theatre Design at Nottingham Trent University and is now based in Greenwich, London. In recent years he has been invited to collaborate with many of the world’s leading theatre and opera companies.