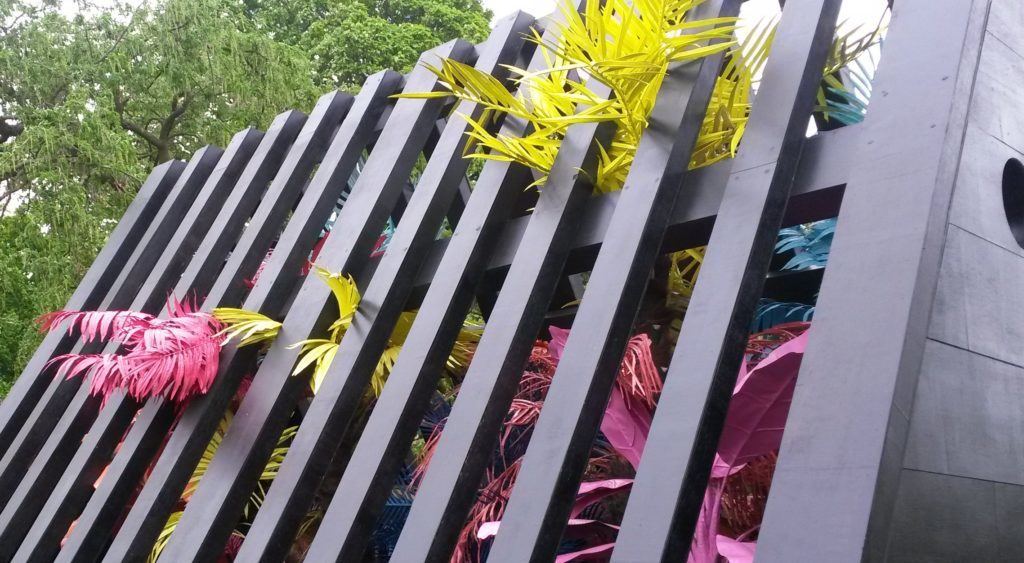 Fiona Curran was commissioned as part of a programme called Mapping Contemporary Art in the Heritage Experience (MCAHE), to make a work in response to Gibside, a National Trust property close to Gateshead and home of Mary Eleanor Bowes, born 1749.

MCAHE was an interdisciplinary research project from 2018-19 led by staff at Newcastle University in collaboration with the University of Leeds; as well as the following project partners: National Trust, The Churches Conservation Trust, English Heritage, Arts&Heritage, Contemporary Visual Arts Network, Arts Council England.

For MCAHE 2018, Fiona Curran presented Your sweetest empire is to please. To coincide with a year celebrating women and power, Fiona focused on Gibside’s heroine Mary Eleanor Bowes by exploring her interest in botany and the role that it played in women’s education and the gendering of knowledge during the eighteenth-century.

“During the eighteenth-century common conceptions linking women with flowers and notions of purity, beauty and fragility, were rife. Botany was seen as a genteel feminine pursuit that often served to reinforce these associations. However, knowledge of plants, their medicinal properties and use as dyes, had long been the traditional preserve of women contributing to an early tradition of female science.” – Fiona Curran

The piece was of significant scale and was visible from other points in the garden such as the Chapel and Column to Liberty. The intention was to offer a dramatic presence within the landscape that provoked discussion and enabled some of the hidden histories of Gibside to emerge.

“Inside this giant box, luridly paint-coated palm trees jostle for space, poking through its air-holes and knocking against its sides in the wind. Curran evokes moral qualms about imperialism, complex theories about historical metaphors and social norms concerning botany and the role of women, and (more palpably to the casual viewer perhaps) Mary Eleanor’s own defiant struggle for liberty.” – Dave Pritchard, Corridor8

Similar to a rare and exotic plant, Mary Eleanor was viewed as a particularly prized ‘object’ due to her large inheritance, which would transfer to her husband upon marriage. The horrific story of her mental and physical abuse at the hands of her manipulative and selfish second husband, who tricked her into marrying him to acquire her fortune and social status, highlights some of the difficulties encountered by women at the time. The fact that women received little protection legally only compounded the abuses that many suffered.

“Women were excluded from pursuing botany as a serious form of scientific endeavour. They were denied access to university education at that time and also from being members of institutions like the Royal Society that gave public validation to new theories and discoveries. Women were therefore restricted to the role of hobbyists or amateurs.” – Fiona Curran

View the artist’s blog from the project, or the MCAHE Gibside leaflet.

Your sweetest empire is to please was presented from 12 May – 30 September 2018.

Click here to watch a film about the installation.

Gibside is a National Trust property situated in the Derwent Valley on the outskirts of Gateshead; it is a vast 18th Century parkland created by the music and arts-loving coal baron George Bowes and landscape designer, Stephen Switzer. This was an extravagant and ambitious landscaping project in its day, transforming the natural valley into straight and formal vistas combined with irregular planting and meandering paths. The scheme included the development of new garden buildings, a Palladian chapel, a bath house and stables, a Gothic banqueting house, and at the end of the Long Walk a famously tall ‘Column to Liberty’. In the 18th Century Gibside was one of the country’s most well-known and opulent of designed landscapes.

The artist’s brief for the Gibside commission focused on the dramatic and shocking story of the Countess of Strathmore, Mary Eleanor Bowes. Also known as the ‘Unhappy Countess’, Mary Eleanor Bowes was George and Mary Bowes’s only child and one of the richest heiresses of her day. She was highly educated and an enthusiastic plant collector. She was tricked into an abusive marriage to Captain Andrew Stoney who went on to plunder the magnificent landscape established by her father. In an age where scandal and scurrilous rumours were rife, Mary Eleanor Bowes’ life provided much material for the journals and scandalmongers of Georgian society.

Fiona Curran is an artist whose work explores the poetics and politics of landscape space via the making of objects for exhibition, writing and site-related public commissions. She holds a PhD from the Slade School of Fine Art and is a Senior Tutor at the Royal College of Art, London. Fiona’s work has been exhibited nationally and internationally. Her public commissions include works for Kielder Art & Architecture, Northumberland; Art Across the City, Swansea; The Royal London Hospital; Danson House, Bexleyheath Park, Kent and Tatton Park, Cheshire for which she was awarded a RIBA small projects award.