As part of Arts&Heritage’s Meeting Point programme, a unique new artwork by acclaimed British-Ghanaian textile and performance artist, Enam Gbewonyo, explores the history of one of Southampton’s most important monuments: God’s House Tower.

Gardez L’Eau draws on themes of trade, travel, colonialism and piracy; and uses materials from God’s House Tower’s past to create a sculpture that runs through the entirety of the building.

The knitted artwork, which begins on the roof of God’s House Tower, is made from three different materials; each one significant to the building’s history.

“Because of God’s House Tower’s location near the The Solent, I was inspired by how the sea brought war, trade, and settlers to the city of Southampton, and how people of all different walks of life have passed through the building during its history.

The sculpture symbolises the captivity and enslavement of people imprisoned in God’s House Tower, but also reflects on themes of community and unison. These two contrasting narratives reflect the experiences of people that came to God’s House Tower over the centuries.” – Enam Gbewonyo

In addition to the sculpture, Enam also developed an accompanying performance that took place on Saturday 16 July. An ode to the people of Southampton, the performance referenced traditional Morris dance, Aurresku – a traditional Basque dance – and the Masquerade dance of St. Kitts in honour of each country’s connection to Southampton and God’s House Tower. A film of the performance will also be added to the exhibition.

“We are excited to be working with Enam and bringing this new and unique commission to Southampton. A lot of Enam’s work tackles issues around identity, racism and colonialism, and I think that’s why God’s House Tower had such an impact on her creative approach for this project, and in turn why the project aligns with the ‘a space’ arts values and ethos, and resonates so strongly with us.

Enam is using this incredible and storied building as a portal to transport people through its history. The work also acts to draw the outside in, highlighting the importance of the sea in carrying war, wealth, and refuge to Southampton.”

A soundscape by Southampton-based Spanish sound artist and producer, Anihma, acts as an accompaniment to the artwork and performance. Featuring traditional English folk music, Basque music, and calypso music, it nods to the city’s connections to Spain and the Caribbean.

Gardez L’Eau will be on display at God’s House Tower, Southampton, from Friday 17 June – Sunday 14 August 2022.

God’s House Tower was constructed over several hundred years and has held many different uses over that time. The oldest part of the building – originally known as God’s House Gate – was built in 1189 and named due to its proximity to the nearby God’s House Hospital. The original gate was built to give access to the Platform Quay and was used to guard the town from attack by sea.

In 1338 Southampton was raided by the French and – with no defensive walls to protect the town – Southampton was pillaged. The invaders rampaged through the streets setting fire to houses and pillaging the cellars which stored valuable wine and wool. The townspeople faced the wrath of King Edward III, who gave orders to enclose Southampton with walls as a defence against further attack, which the townspeople had to pay for. Strategically positioned at the southeastern corner of the walls and as a lookout point across the Solent, the Tower at God’s House was built in 1400 to house gunpowder and cannons. GHT remained an important defensive structure for the next 300 years.

By the 17th century, with attack from the sea no longer an immediate threat, the Tower was no longer needed for defence and the building began to fall into disrepair. In 1760 plans for a prison at God’s House Tower were drawn up and God’s House Gaol held three prisons in one building: the Bridewell, the Felons’ prison and the Debtors’ gaol.

In the 1960s the building was converted into the city’s archeology museum and Brutalist concrete staircases and parquet floors were installed. The museum closed in 2011 and in 2019, after a painstaking four-year restoration project, GHT re-opened as Southampton’s new arts and heritage venue.

GHT is a truly unique heritage site with a fascinating and colourful history. The heritage is alive in its walls and in the stories of the people who lived and worked here: stories that blur the lines between fact and fiction, documented histories and hearsay.

God’s House Tower is looked after by the visual arts organisation, ‘a space’ arts.

‘a space’ arts is a visual arts organisation that supports artists and inspires audiences through exhibitions, studio spaces, professional development and by culturally reanimating lost spaces with arts and heritage.

Established in 2000, by artists for artists, ‘a space’ arts is a visual arts organisation that leads on a range of artist development projects, including The Arches and Tower House studios, God’s House Tower, the RIPE programme, along with delivering a bespoke range of Artist Resources. 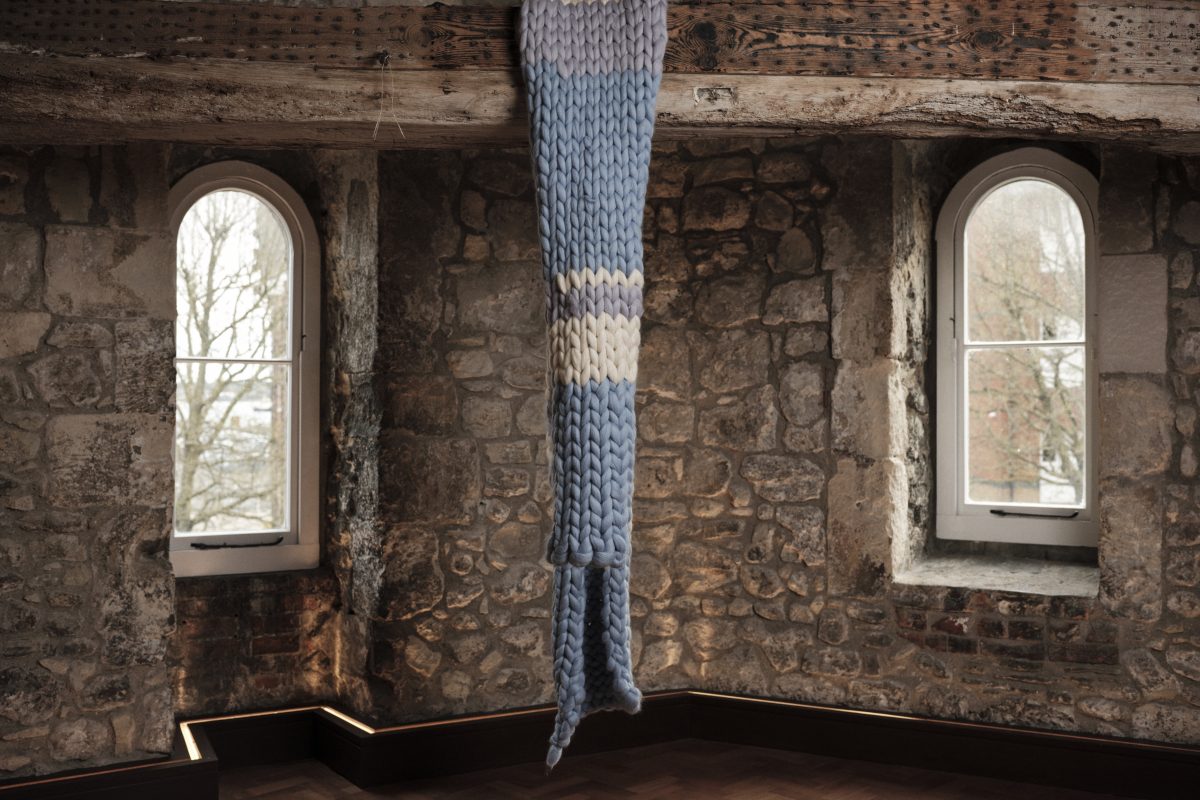 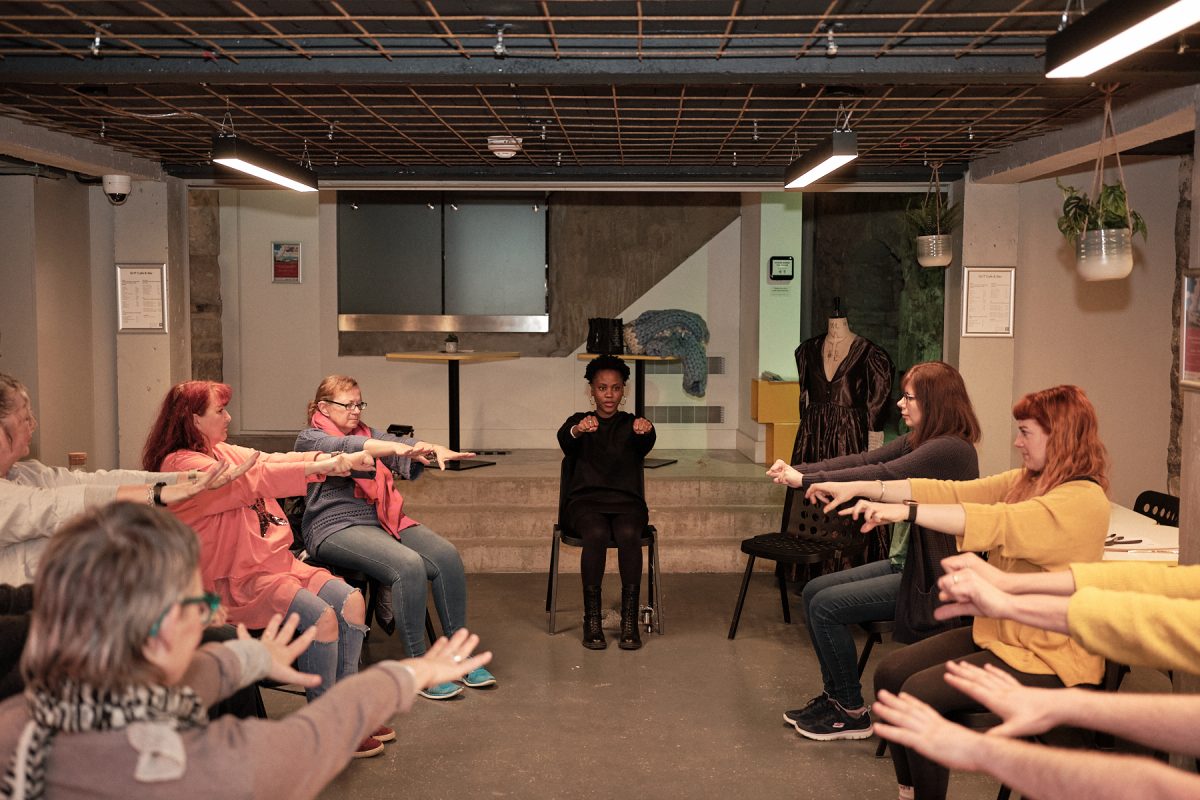 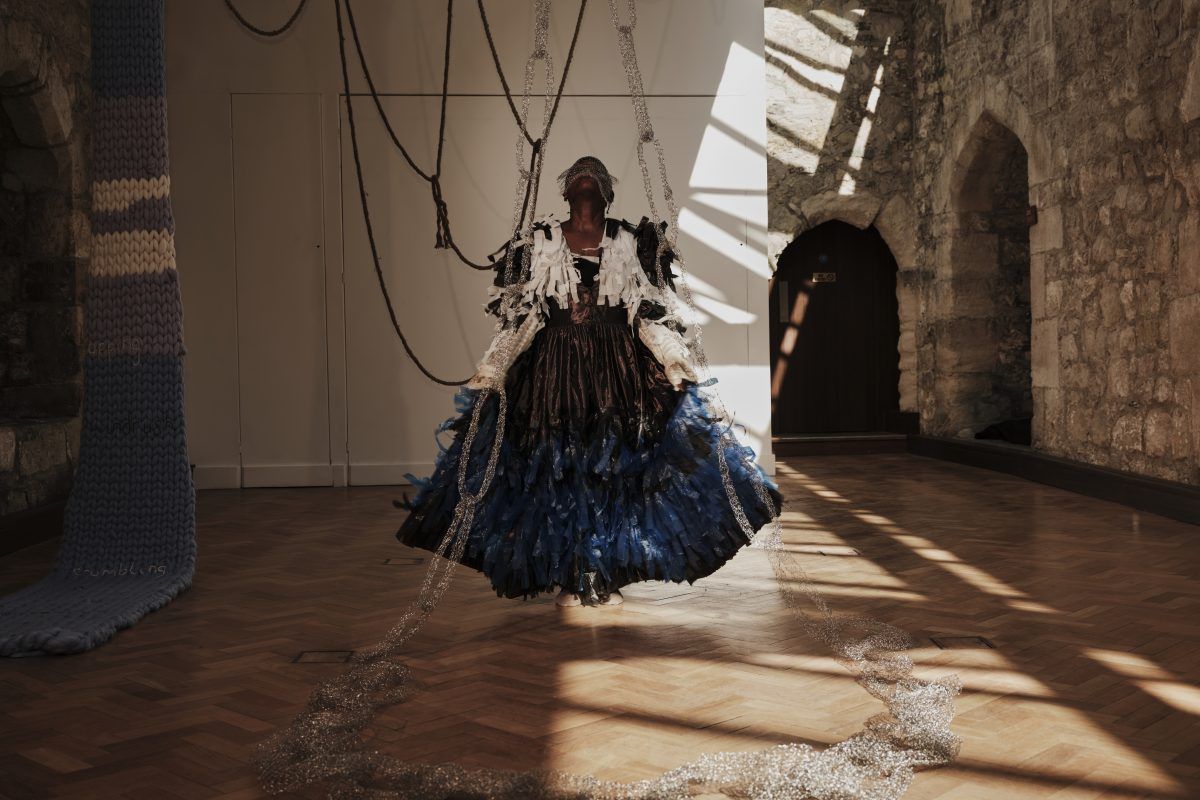 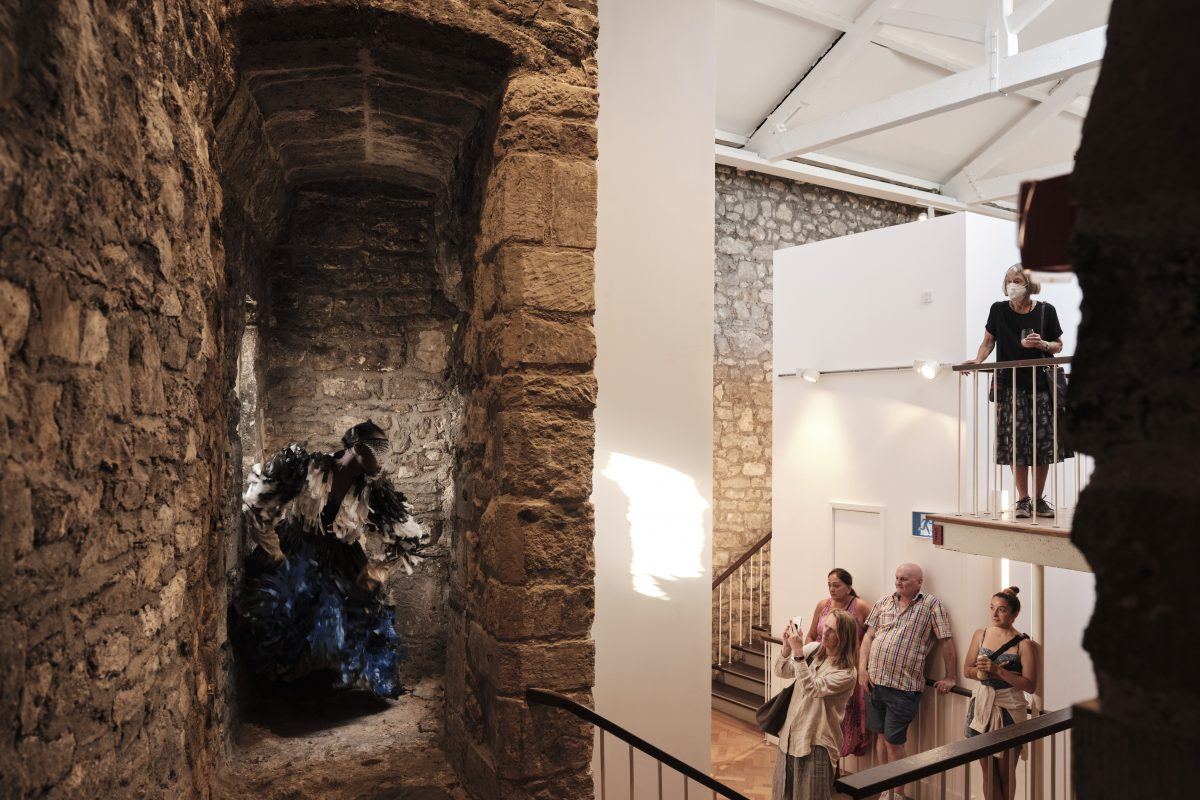 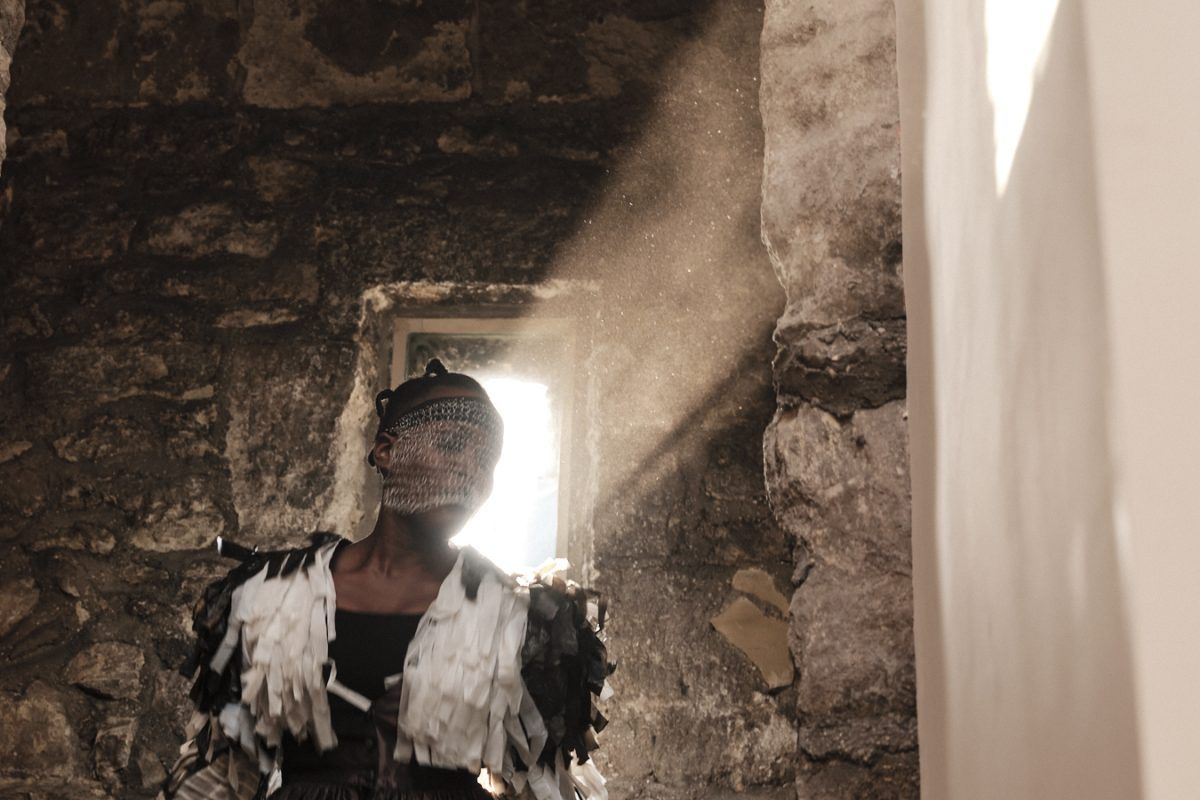 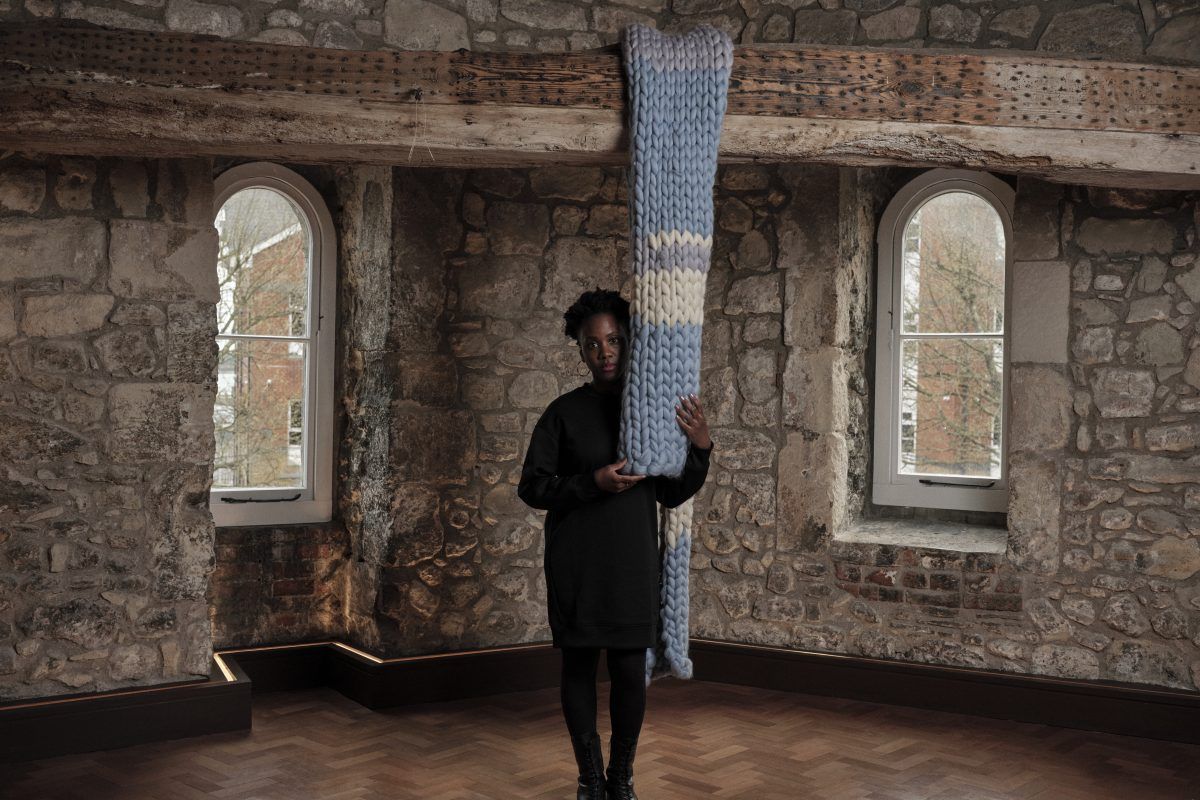 Enam Gbewonyo is a textile and performance artist whose practice investigates identity, womanhood, and humanity while advocating the healing benefits of craft. Her performances seek to deliver the collective consciousness to a positive place of awareness by creating live spaces of healing. By using craft as her portal she pushes us to face the truth of a dark past and the emotions it brings forth. Thus bringing us to a point of spiritual awareness both of self and humanity. Gbewonyo is also a curator and founder of the Black British Female Artist (BBFA) Collective – a platform that supports emerging black women artists and advocates for inclusivity.