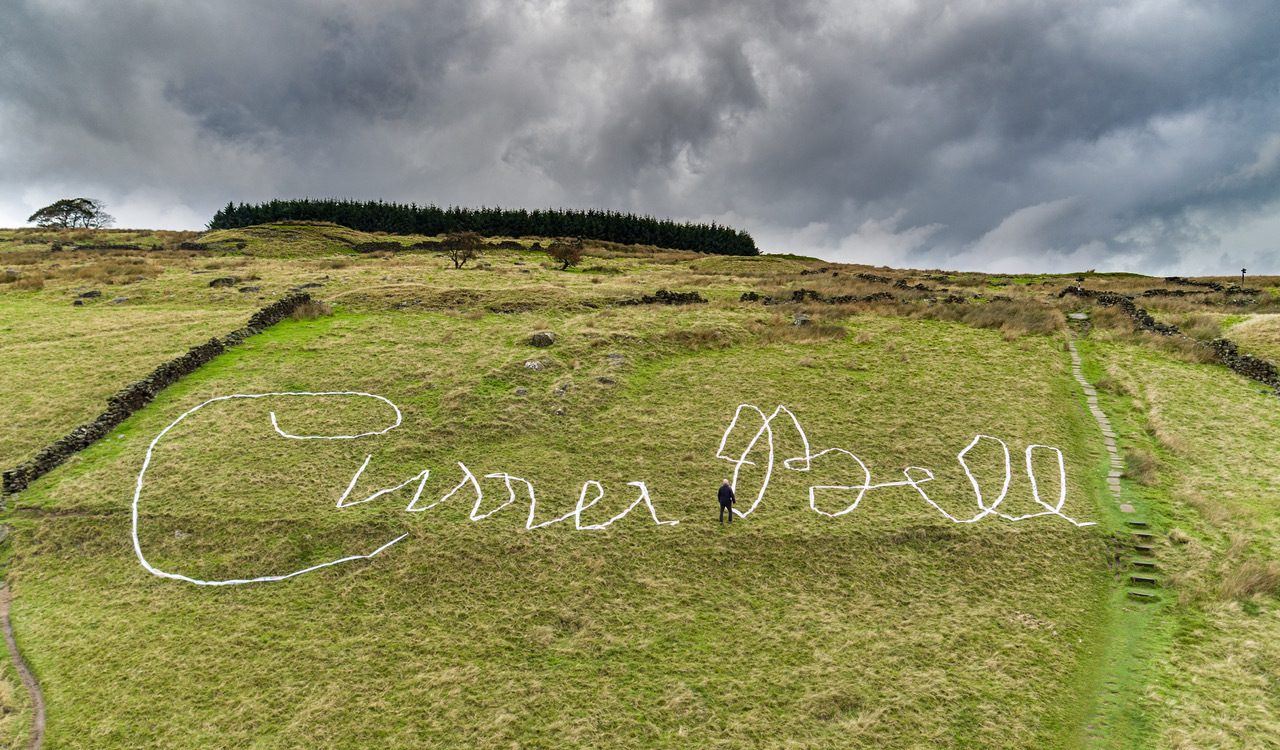 The Brontë Parsonage Museum was one of ten heritage sites selected by Arts&Heritage to take part in its Meeting Point 2017 programme. The museum took part in a series of A&H training workshops and visits, to learn how to successfully deliver a contemporary art project. The museum then developed their own Artist’s Brief, and presented this to 70 artists from across the UK at a networking event. From Expressions of Interest, four artists were shortlisted to draw up a more detailed proposal from which the museum selected Lynn Setterington for the commission.

Lynn created Sew Near – Sew Far, a large-scale textile artwork at three sites on the Brontë Way; each one celebrating the famous signatures of the literary sisters. Local people became part of the work when they added their own sewn signatures during a series of workshops, and the work was installed with the help of local organisation Fields of Vision.

Lynn Setterington’s commission celebrated the endeavours of diverse volunteer groups in West Yorkshire: those often-nameless individuals and organisations, who make things happen. The initiative explored the sewn signature as a marker of identity, and documented the autographs of local individuals, to acknowledge and celebrate good deeds and acts of kindness.

Key partners included Talk English in Bradford (who taught English to those new to Britain), the local Ramblers Association (who happened to be walking the Brontë Way that year), Bridleways (a pony trekking and horse orientated group in the area), and Worth Valley Young Farmers (who fundraised and supported a number of charities). Additionally, Lynn gave a sewing workshop for the project at Elizabeth Gaskell House in Manchester, which expanded the reach of the project (Elizabeth Gaskill wrote Charlotte Brontë’s biography).

Drop-in workshops in and around Haworth allowed others to add their signatures and the results formed the large scale linear drawings in the landscape: a homage to the good deeds of all those invisible and often overlooked individuals, including the Bronte sisters themselves.

“Whilst we have a long standing reputation of working with leading artists, this project with Lynn will be a first for the Brontë Parsonage Museum as we take the exhibition out of the museum and into the landscape that was so important to the Brontës. We’ve been able to work with local communities as part of the project and really involve people in our Brontë 200 celebrations.” – Lauren Livesey, Arts Officer at the Brontë Parsonage Museum

A film about the project was made by the artist and can be watched here.

The Brontë Society is one of the oldest literary societies in the world, founded in 1893 and today has a thriving worldwide membership; it is also responsible for running the Brontë Parsonage Museum in the picturesque village of Haworth in West Yorkshire, once the home of the Brontë family. The Brontë Parsonage Museum is a writer’s house museum maintained in honour of the three Brontë sisters: Charlotte, Emily and Anne. 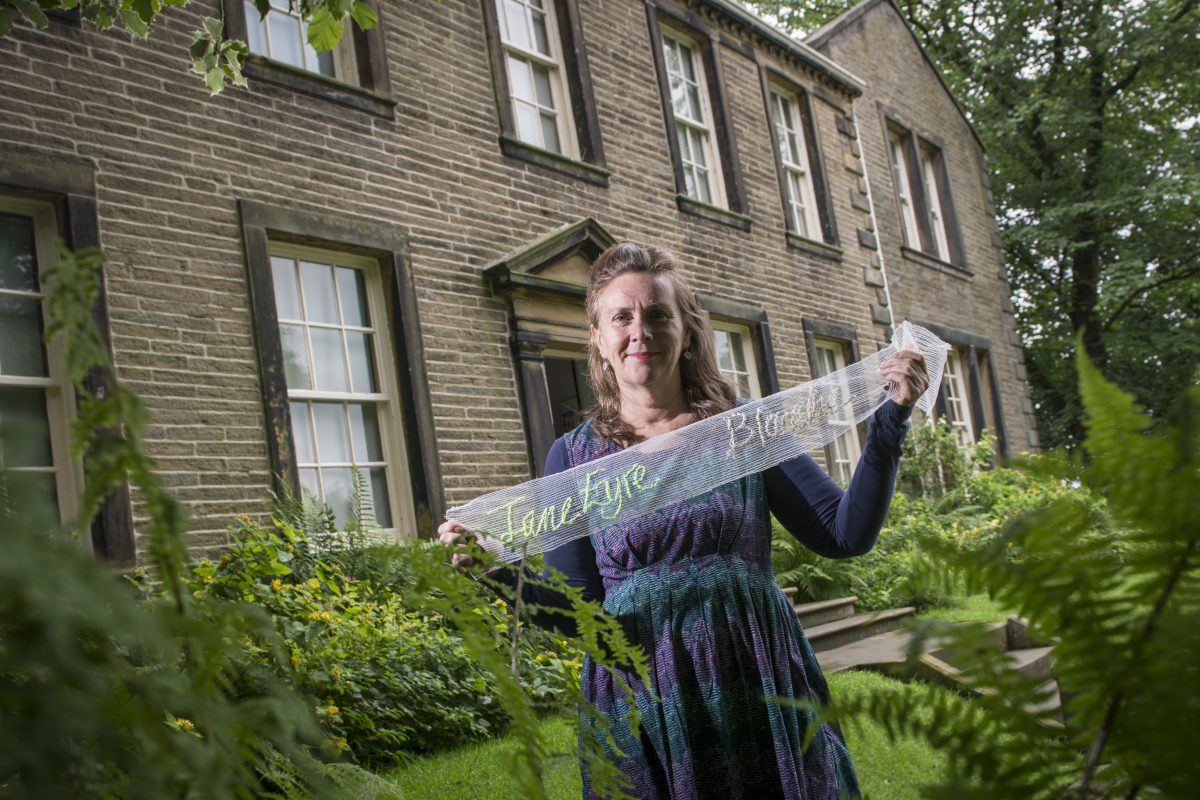 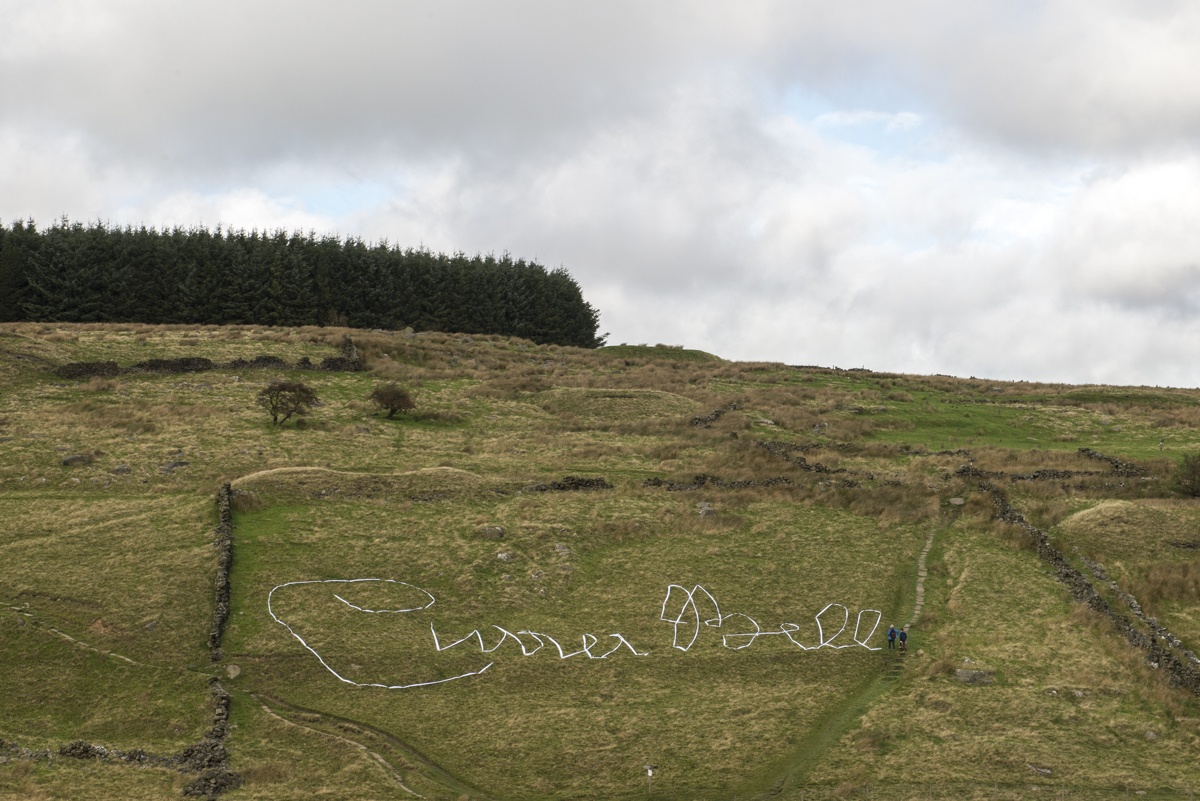 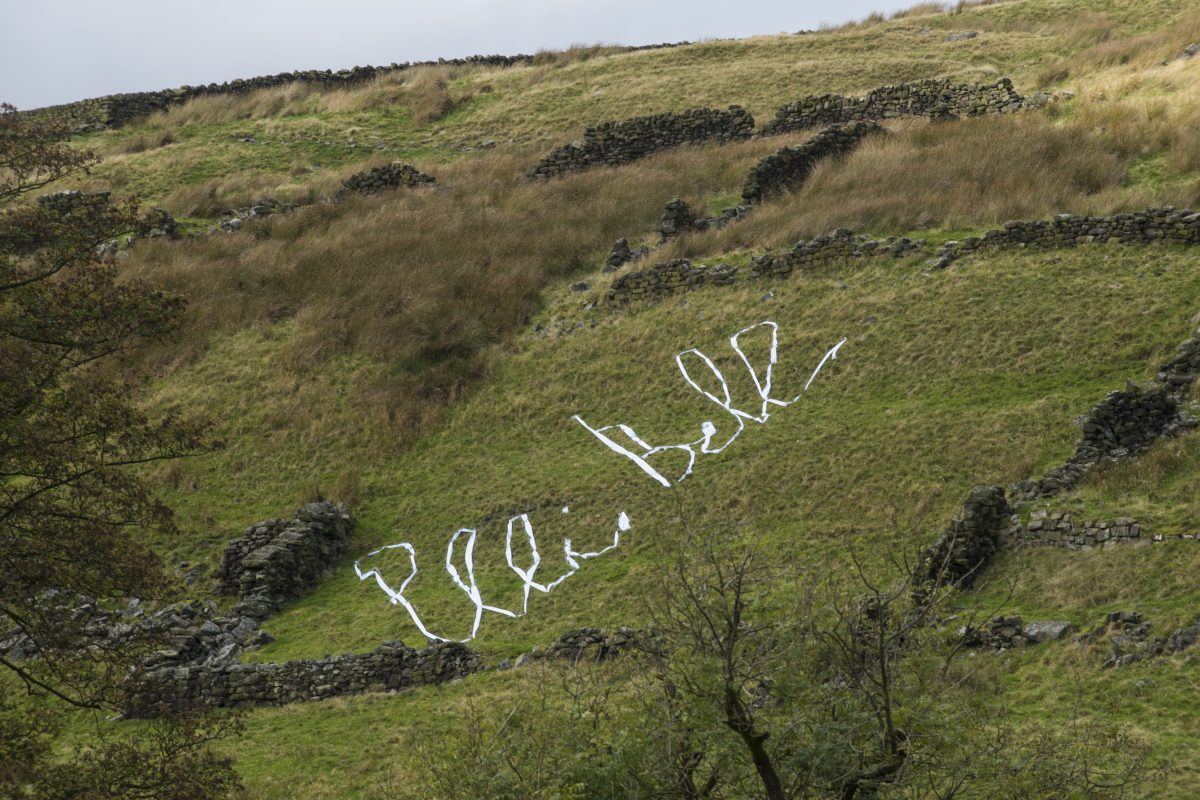 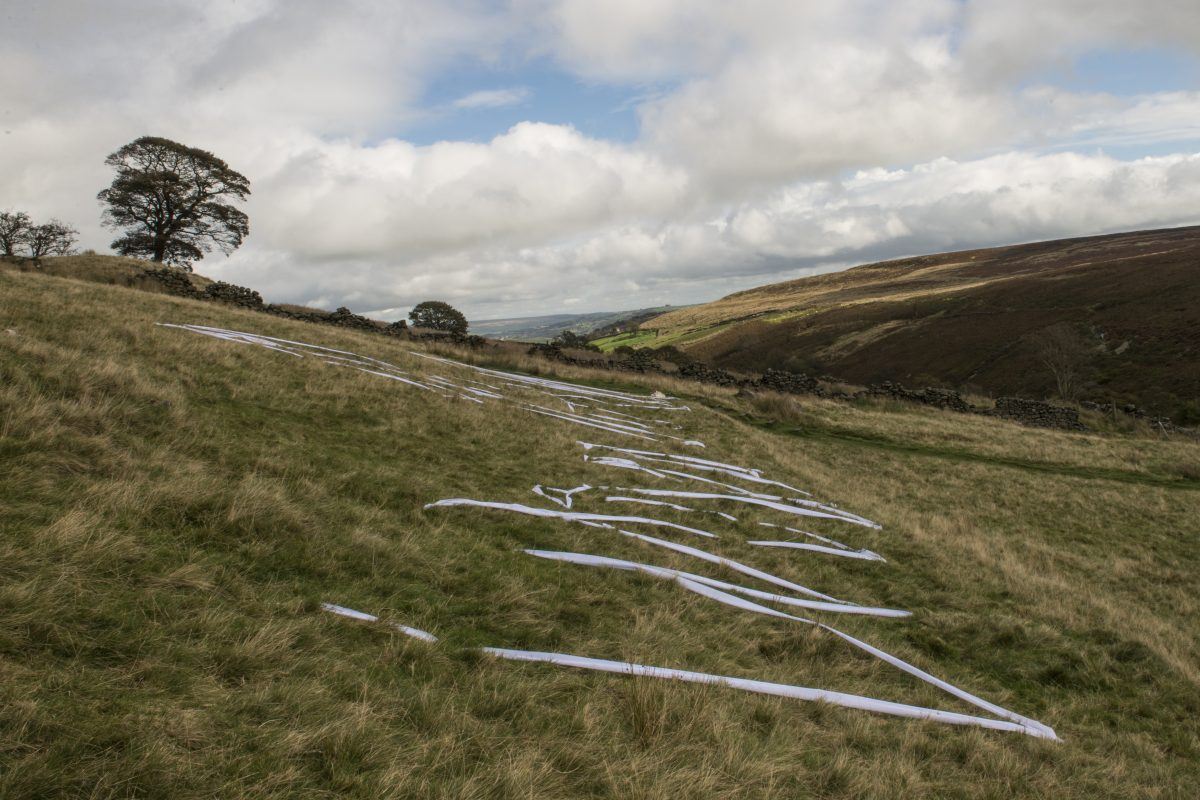 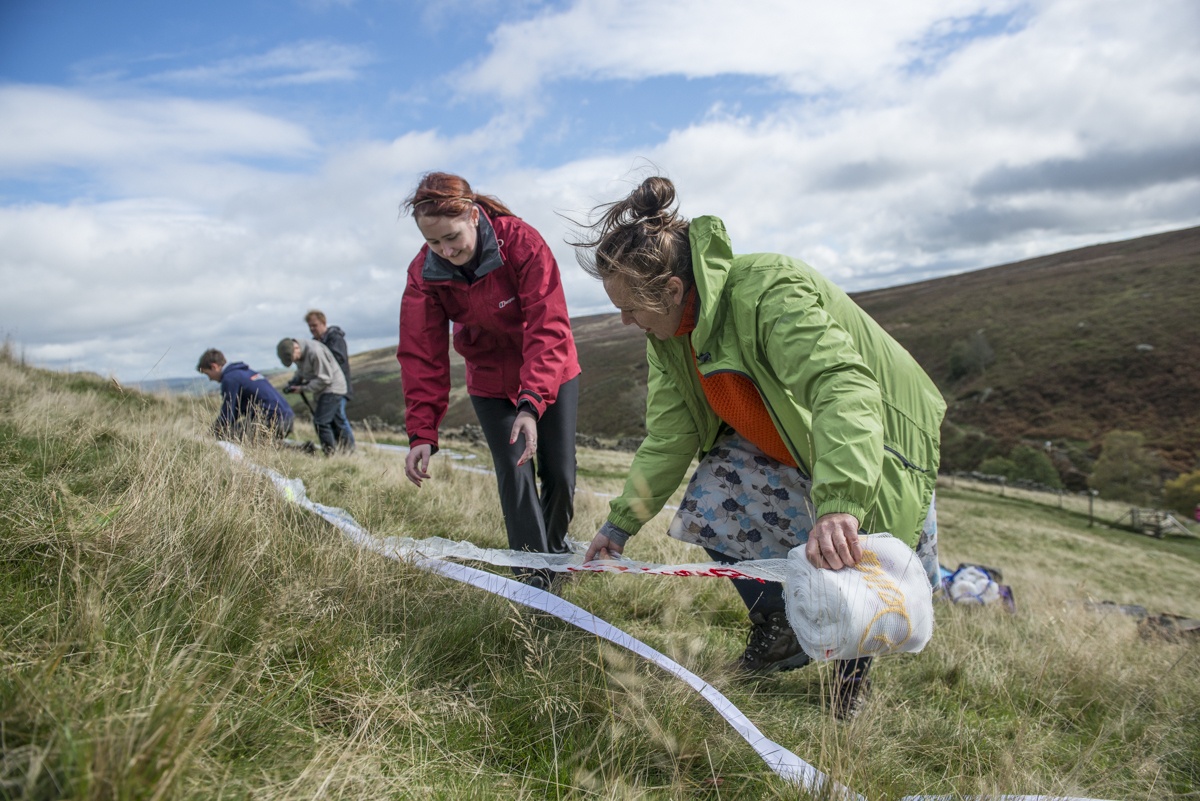 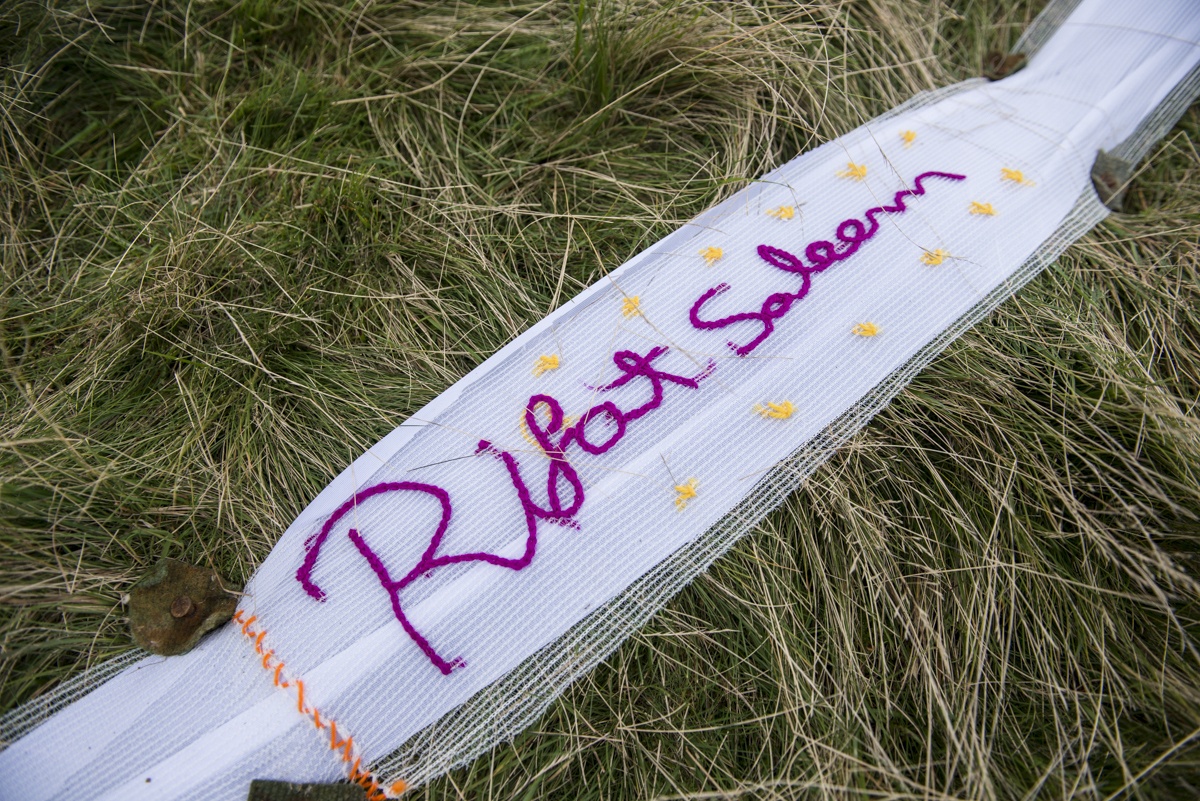 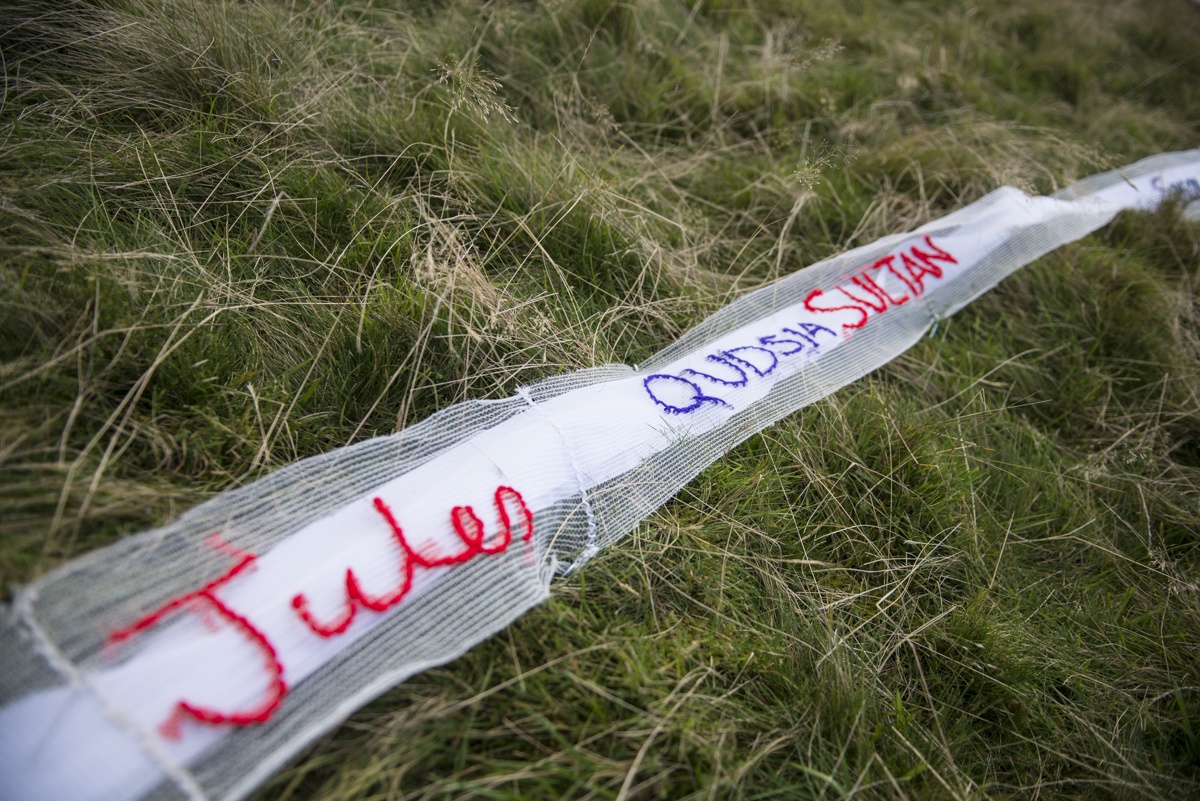 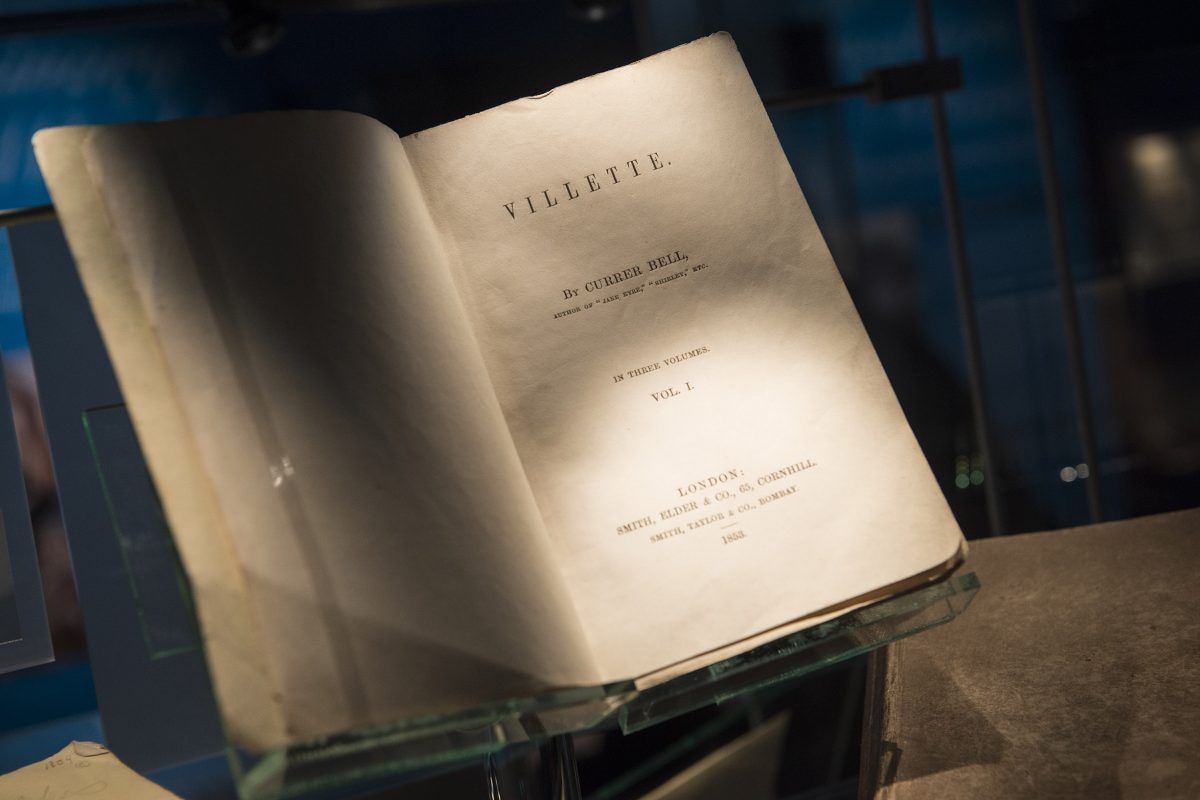 Lynn Setterington is a major British textile artist particularly known for her hand stitched textiles and collaborative arts initiatives which celebrate the everyday and ordinary in society today. She trained at Goldsmiths College, University of London and is currently a Senior Lecturer at the Manchester School of Art. She is also an Associate Fellow of the International Quilt Study Center at the University of Nebraska. Her work is held in many collections including the V&A Museum, Whitworth Art Gallery, Terrance Higgins Trust, Gallery Oldham, The Embroiderers’ Guild, Denver Museum of Art and The International Quilt Study Center, Nebraska, USA. For the last decade, Lynn has specialised in public engagement commissions with hard to reach groups.