Hidden Histories, Untold Stories was part of the A&H Meeting Point programme, and displayed at Warrington Museum and Art Gallery in the North West from 24 October 2020 – 18 April 2021. 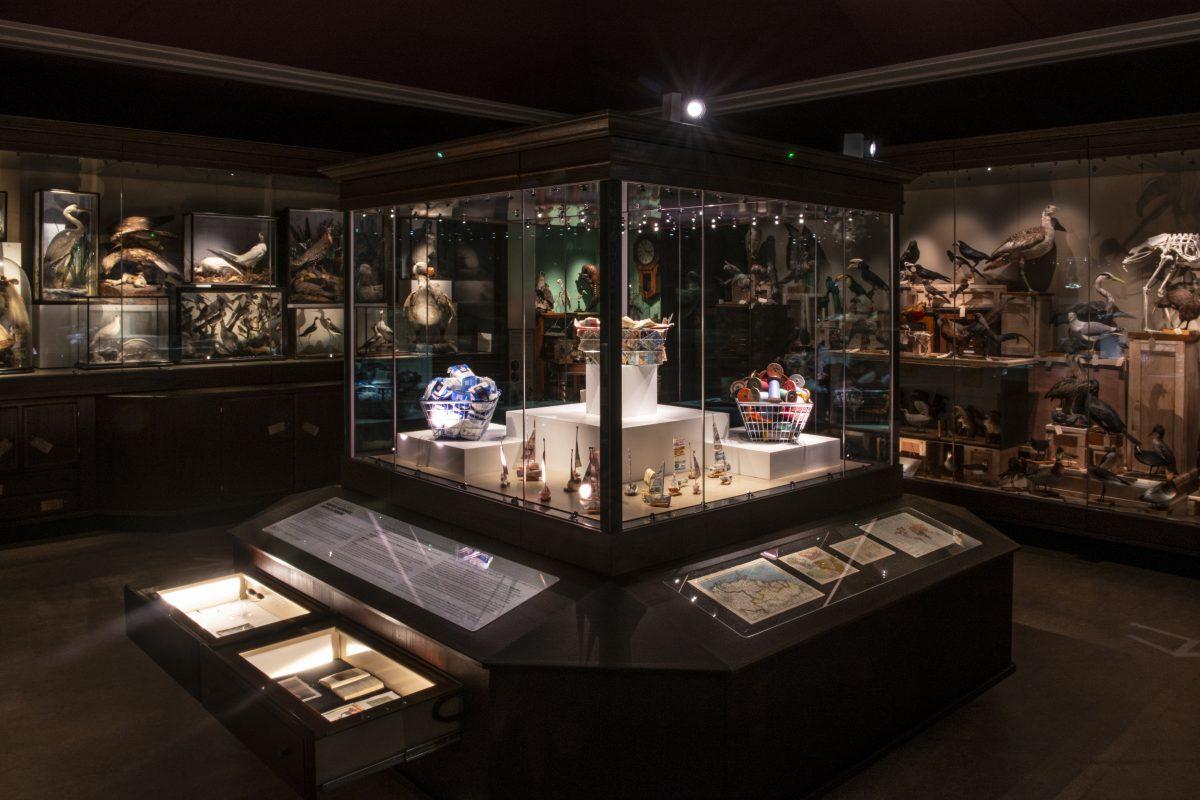 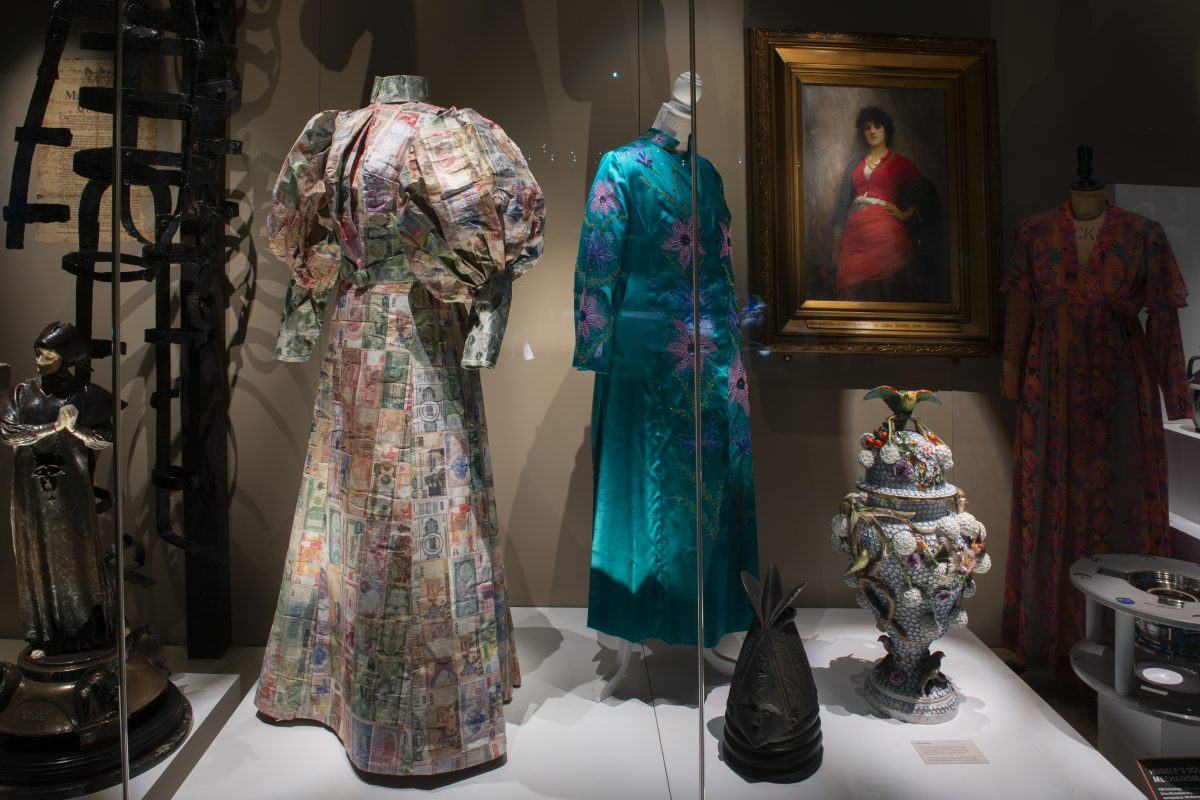 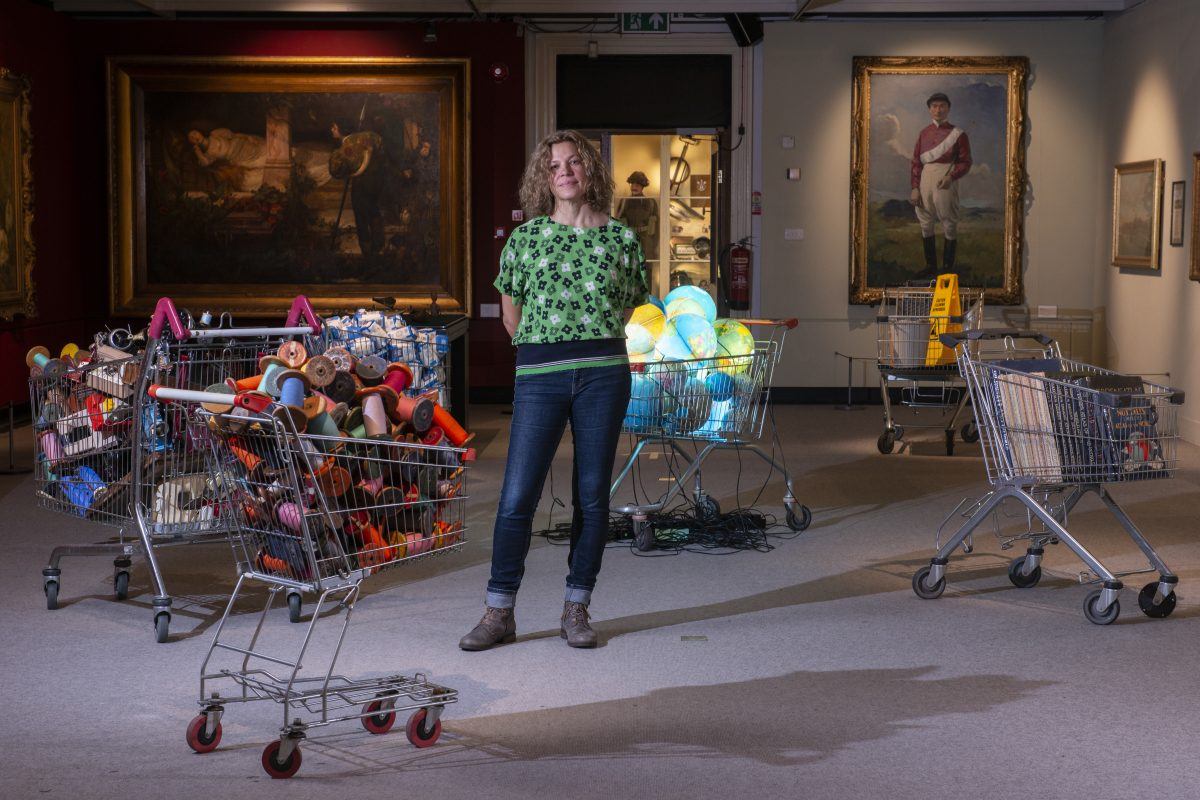 Warrington Museum and Art Gallery (WM&AG) were open to artists’ ideas and those interested in exploring the division between historic and contemporary ideas.  WM&AG wanted to work with an artist to provoke a new way of seeing and understanding its collections, and working in any discipline. Artists would be welcome to use the collections as research for new work, create a new display, or curate a gallery which includes the collection.

WM&AG were ambitious in their thinking but noted that artists needed to recognise that they were a small team. There were a few areas in the brief that they wanted to draw attention to:

The collections are extraordinary and diverse, the preserved displays include original paper labels alongside natural history, botanical and ethnological objects. They span the natural world and ancient civilisations.  However, the ethnographic display is also problematic and reveals a western view of other cultures which WM&AG were willing to interrogate.

WM&AG’s team were available to offer access to collections as well as their knowledge and expertise.

WM&AG were open to an artist wanting to create new work in a ‘museum of museums’.  The brief was also open to working with an artist as curator, or to create work for installation in one of the galleries. In each instance, the artist was expected to work closely with the curatorial team to ensure the museum’s objects were handled with care, in keeping with the demands of conservation. The Fine Art Gallery could be used by an artist for exhibition, installation or to curate. There was also a flexible upper gallery that was used for temporary exhibitions; and it was also possible for an artist to make work for the Victorian natural history cases, as well as the Cabinet of Curiosity Gallery. WM&AG were willing to talk to the artist about how to realise their idea without compromising the Grade II listed status of the museum.

Key objectives for the project were:

“I’m interested in objects that tell stories and contain universal human emotions that unite us all, which is why I’m inspired by your museum with its cabinets of curiosity, it’s collections and particularly the ‘Eurocentric view’. I will focus on the ethnographic and social history sections that relate to my practice and personal history. I’ll make interventions into the collection and create an exhibition in the gallery. I’ll work with a mix of existing pieces and develop new work through this project (to be discussed with museum curators). I aim to both celebrate and re-frame the museums collections.” – an extract from Susan Stockwell’s original proposal

“I’m very excited to welcome an artist of Susan’s international standing to exhibit at Warrington Museum & Art Gallery. This is a very timely and important exhibition and I’m very much looking forward to the fresh perspective Susan will bring to our collections.” – Roger Jeffery, Producer at Culture Warrington, 2020

Hidden Histories, Untold Stories highlighted the museum’s role as a cultural collector and storyteller, and brought to life some of the untold stories behind its 200,000 objects. The exhibition also explored themes around social change, consumerism and how museums across the world are reframing their collections to better reflect the communities, cultures and people they represent.

“As one of the oldest museums in the country and a hidden gem, Warrington Museum & Art Gallery also has one of the most varied collections, covering everything from ethnology, archaeology, natural history and Warrington’s own social and industrial history. I was inspired to learn more about the stories behind its objects; who originally made them, and what were they used for. I wanted to explore how the museum’s objects help us understand our history, and how the act of collecting and displaying things links to our modern obsession with consumerism and ownership. We’re also in a period of social change and questioning, and I wanted see how the museum’s collections could help us engage with current debates.” – Susan Stockwell, 2020

The presentation of Hidden Histories, Untold Stories overlapped with the UK’s winter restrictions and subsequent lockdown due to COVID-19, which meant that WM&AG had to close its doors to the public half-way through the exhibition. As a result, WM&AG will rehang the exhibition in 2022/23 for further members of the public to see the work, alongside a series of events.

However, for when it was open the exhibition received a good public reception, including some press coverage:

“Whilst pointing towards major critiques of colonialism, it never offers easy answers. It instead raises questions for the audience to contemplate for ourselves.” – Messy Lines, 2021

“I think that a lot of museums have to accept that they have to change. We all do. We all have to accept and address our past and we need to take responsibility for it before we can move forward.” – Susan Stockwell, interview with Javier Pes

Susan Stockwell’s project has prompted further insight from Warrington Museum & Art Gallery into its remarkable collection. Building upon Hidden Histories, Untold Stories, WM&AG are taking a closer look at some of the hidden histories and untold stories that the objects in its Ethnology Collection can tell us through its new project Contested Collections. Contested Collections is a monthly pre-recorded session hosted by a member of the Collections Team at WM&AG. Each month, a different object from the Museum’s Ethnology Collection becomes the focus of further investigation, into the hidden histories and untold stories that this object can tell, and that have yet to be explored.

Susan Stockwell is an established artist working across sculpture, installation, collage and film. Her practice is concerned with examining social and colonial histories and engaging with questions of social justice, trade, cultural mapping and feminism. Her art employs the material culture of everyday products, such as recycled computer components, maps and paper currency, which she transforms into compelling artworks. In seeking to reconnect an object’s past, its related history and materiality with contemporary issues, her practice underscores these materials urgent interconnection to collective memories, desires and ecological shortfalls; aspects that evoke, expose and challenge features of social, racial and gender inequality and injustice. Susan has exhibited extensively around the world, including at TATE Modern, the Victoria & Albert Museum, London, The National Museum of China, Beijing, The Katonah Museum of Art, New York and Art League of Houston, USA and Manchester City Art Gallery. 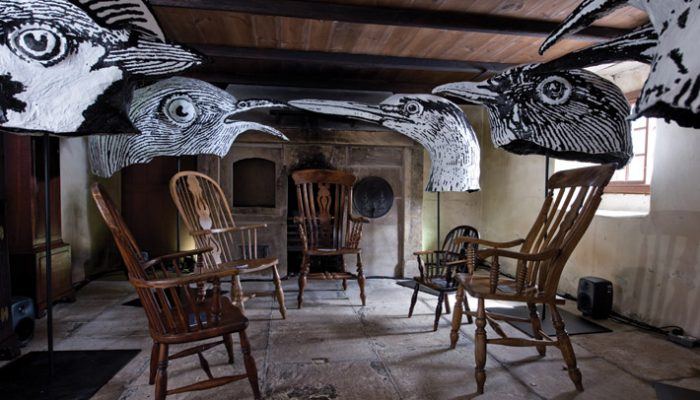 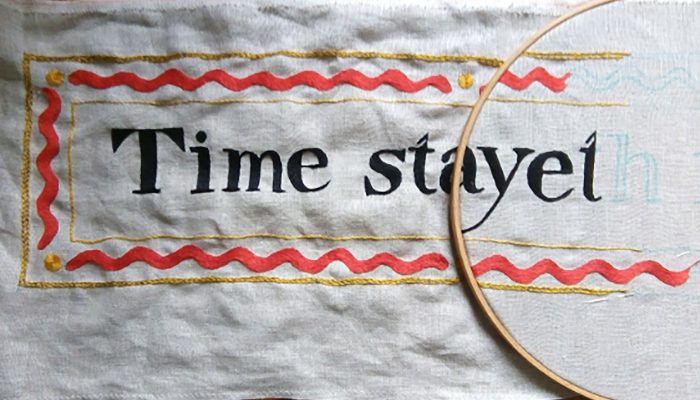