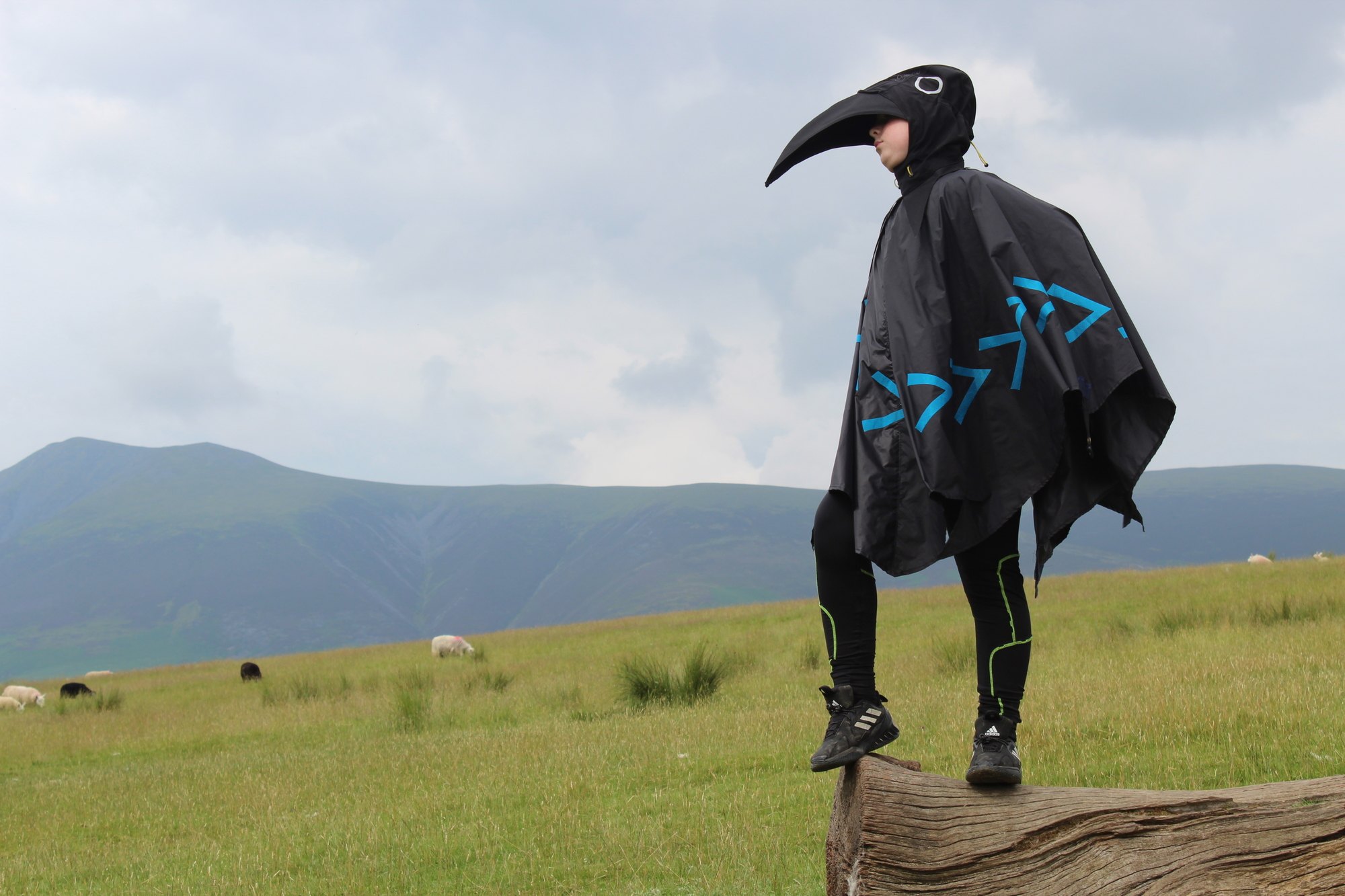 Rebecca Beinart’s short film ‘Desire Lines’ launches this week, a culmination of a yearlong programme of activity in partnership with National Trust at Crow Park. The finale of the work can be seen either in person as part of a new exhibition at Keswick Museum and Art Gallery (4 November – 6 December) or online.

The Desire Lines project has explored the connections humans have with the natural world, and how a relationship with a local green space can open up wider questions -including conservation, climate change, ecology and access. These topics and themes are particularly relevant at the moment with the COP26 summit taking place in Glasgow.

Rebecca has worked with over 100 people in Keswick since January 2020 (and throughout the Covid lockdowns) ranging from pupils at St Herbert’s Primary School, to members of Sustainable Keswick, producing a rage of workshops, writing, podcasts, design and poetry and now culminating in a film which premiered at the Alhambra cinema in Keswick to a screening of participants in October.

The film features seven characters – played by community performers – who roam Crow Park, revealing aspects of the landscape from different perspectives. Garbed in unusual costumes that reference different entities – including weather, bird, and rock – the characters move through time and space, feeling out their relationship with each other and the land. From tensions between characters, to interdependence; ancient fish to mineral extraction; the rise and fall of the lake to transformed landscapes; the film explores many-layered histories and imagined futures of Crow Park.

Throughout the development of the project, Rebecca has collaborated with a number of Cumbria-based artists and creatives, including film maker and sound artist R.L. Wilson, writer and artist Wallace Heim and costume designer Maggi Toner-Edgar.

Creative writing by community participants helped to form the film script, and the costumes were made from unwanted outdoor material donated by local people and companies, with help from Viri Sica and the repair shop at Alpkit Keswick.

Crow Park was once the site of an ancient oak woodland; when the trees were felled in the 18th century, a view across Derwentwater was opened up, and became both a focal point of the early conservation movement and a picturesque ‘Viewing Station’.

The ‘Desire Lines’ film explores how a familiar viewpoint can reveal different ways of experiencing place – including the more-than-human; and brings together research, design and creative writing from the project.

It’s been amazing to work with so many local people over the past 18 months – through the challenges of the pandemic – and to be able to share this collaborative creation.

The project has been part of a programme of artist commissions across the north. Jessie Binns, Senior Programming & Partnerships Officer at the National Trust says:

It’s been such a humbling process seeing the outpouring of creativity from the people who live on the doorstep of Crow Park, which we’ve cared for on behalf of the nation since 1925. Listening to the voices of the people who live and work in the places we look after is so vital, and this project has also highlighted the importance of listening to the non-human voices too: in the film the weather, water, plants, birds, animals and insects – even the geology – get a starring role.

The film will be shown as part of an installation of costumes and images from the project in the Community Gallery at Keswick Museum and Art Gallery from 4 November – 6 December.

The film will also be made available to watch online via the National Trust website https://nationaltrust.org.uk/desire-lines from 5 November.

A risograph print from the launch – and more information on the film can be found here: https://rebeccabeinart.info/crow-park-research/film-launch-risograph-print.

The Desire Lines project is part of Trust New Art, the National Trust’s programme of contemporary arts, supported with public funding by Arts Council England and produced with support from Arts&Heritage.

Rebecca Beinart is an artist, educator and curator, based in Nottingham. She develops research-led, collaborative and site-based projects that evolve through long term engagement with places and people. She makes sculpture, installation and performance, and uses live engagement and public dialogue to reflect on collective histories and futures, social and environmental justice, knowledge-making, and the politics of public space.

Desire Lines was conceived and led by Rebecca Beinart. The words, ideas and costumes for the film were generated through community workshops from 2020-21. The film was developed through multiple collaborations.

Crow Park is a small parkland sandwiched between the town of Keswick and the lake of Derwentwater. It has been cared for by the National Trust on behalf of the nation since 1925, protecting this green buffer zone between the town and the lake from further housing development, and is the closest access to the lake for residents and visitors in Keswick.

It is home to the official UNESCO plaque marking the Lake District as a World Heritage Site as a cultural landscape. The park has a rich layered history: It used to be an ancient oak woodland. When the trees were felled in the 18th century, the view down the lake was revealed, which sparked the Picturesque movement in the Lakes, and also elicited one of the first written environmental protests in the English language from diarist Thomas Gray – making Crow Park ‘ground zero’ for the global conservation movement.   Today it is grazed by Herdwick sheep and is the venue for a number of events, including Keswick Mountain Festival.

About the National Trust

The National Trust is a conservation charity founded in 1895 by three people: Octavia Hill, Sir Robert Hunter and Hardwicke Rawnsley, who saw the importance of the nation’s heritage and open spaces and wanted to preserve them for everyone to enjoy. Today, across England, Wales and Northern Ireland, we continue to look after places so people and nature can thrive.

The challenges of the coronavirus pandemic have shown this is more important than ever. From finding fresh air and open skies to tracking a bee’s flight to a flower; from finding beauty in an exquisite painting or discovering the hidden history of a country house nearby – the places we care for enrich people’s lives. Entirely independent of Government, the National Trust looks after more than 250,000 hectares of countryside, 780 miles of coastline and 500 historic properties, gardens and nature reserves.

The National Trust is for everyone – we were founded for the benefit of the whole nation. We receive on average more than 26.9 million visits each year to the places we care for that have an entry fee, and an estimated 100m visits to the outdoor places that are free of charge. Paying visitors, together with our 5.6 million members and more than 53,000 volunteers, support our work to care for nature, beauty, history. For everyone, for ever