Home » News » Artists selected for next round of Meeting Point programme

Artists selected for next round of Meeting Point programme 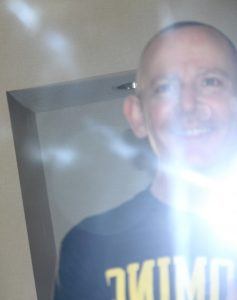 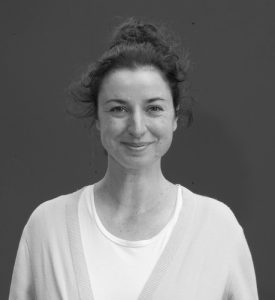 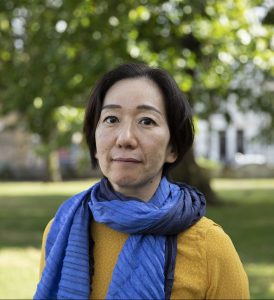 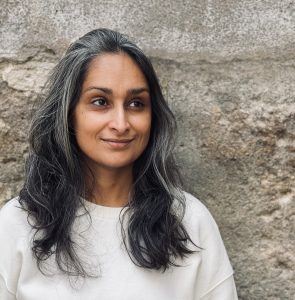 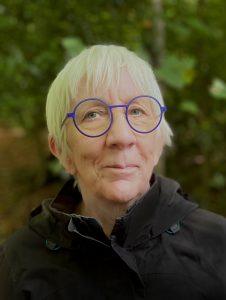 Today we are announcing six artists selected to take part in the next round of the Arts Council England-funded Meeting Point programme.

Emma Smith, Savinder Bual, Anna Cady, Enam Gbewonyo, Jordan Baseman, and Chisato Minamimura have each been commissioned by one of six museums and heritage sites in Southern England to create a new work of art inspired by the venue and its collections.

The six artists will be working with:

Steph Allen, Executive Director at Arts&Heritage, said: “Since 2016 the Meeting Point programme has supported the museum and heritage sector to introduce contemporary arts into its programming, helping attract a new audience and reframe how heritage stories are told. Once again we have the opportunity to work alongside some renowned and hugely talented artists to explore how our history, heritage, and identity is presented through museum and heritage collections. Each artist will work with their venue to present a brand new artwork that offers a unique narrative on topics including Britain’s industrial past, Paralympic history, and our natural spaces.”

Meeting Point has gained a reputation for its innovative approach to forging relationships between artists and museums and heritage spaces. The Arts Council England-funded programme is an opportunity for artists to work with unique collections and unlock access to the knowledge of museum curators, whilst supporting small and medium scale museums to develop skills in commissioning new contemporary art for local audiences to experience.

Now entering its sixth year, Meeting Point continues to bring new visitors to the participating museums and enables audiences to view collections and history in a different way, helping support the future sustainability of museums and heritage sites and find ways to tell heritage stories from new perspectives.

Anna Cady, who is working with Furzey Gardens in the New Forest National Park, said: “I am so thrilled to have been selected to collaborate with the remarkable community at Furzey Gardens to make work which will celebrate the garden, the history and the people themselves. I love the enthusiasm and commitment of all those I have met during my visits and I can’t wait to begin!”

Jordan Baseman, who is working with the National Paralympic Heritage Centre in Aylesbury, said: “I am thrilled to be awarded a Meeting Point commission to make an artwork for the National Paralympic Heritage Trust. Working alongside the Oral Historians, the staff at NPH,  and the National Spinal Unit, I will make an experimental portrait that discusses motion, movement, repetition, structure, discipline, routine, motivation, practice, failure, defeat, recovery, control, ambition, freedom, transcendence.”

Savinder Bual, who is working with Didcot Railway Centre, said: “I am delighted to have the opportunity to make work at scale using historic railway technology. The team at Didcot Railway Centre and I will be exploring notions of ‘time’ both past and present through the history of the Great Western Railway and early train travel.”

Chisato Minamimura, who is working with Ure Museum of Greek Archaeology in Reading, said: “I am delighted to be working with the Ure Museum of Greek Archaeology as part of the Meeting Point commission. I am looking forward to approaching their displays in new sensorial and digital ways, and to collaborate with students and creatives who are local to Reading. It will be a wonderful opportunity to bring to life the objects at Ure in new and accessible ways.”

Enam Gbewonyo, who is working with ‘a space’ arts and God’s House Tower in Southampton, said: “I am so excited to be working with God’s House Tower, a site so steeped in history and aesthetically beautiful. It’s a real honour to be able to activate this space drawing from a history that’s so global in nature and to do so while engaging the local community. I cannot wait to get started! Huge thank you to all involved in the Meeting Point programme!”

Stephanie Allen continued: “As well as producing great art, Meeting Point is also a learning programme; an opportunity for museum professionals to learn how to work collaboratively with artists and each other, and incorporate more contemporary art within their own programming.”

Over the next few months the artists will work with museum staff and volunteers to develop their ideas. The artists’ responses to each site will bring fresh perspectives on heritage stories for audiences, and be installed over the next two years.

Since 2016, Meeting Point has worked with 26 museums and more than 50 museum professionals to create 25 new artworks and deliver over 100 workshops.

Arts&Heritage forges connections between artists and historic sites, museums, and communities to challenge how heritage is explored and interpreted.

Its work supports heritage organisations and museums to place contemporary art at the heart of their programming to bring alive narratives, atmosphere, architecture and history and provide new perspectives to heritage contexts. This approach challenges audience expectations and preconceptions of heritage sites by producing projects that present history in unexpected, imaginative and unusual ways.

Emma Smith (www.emma-smith.com) has a social practice and creates installations, performances, temporary and permanent works. She is based in the UK and works internationally. Previous commissions include for Tate Modern, Barbican, Whitechapel Gallery, Arnolfini, Bluecoat, HOME Manchester, MAAS Sydney, Kunstmuseum Luzern and Matadero Madrid among many others. Awards include The Bryan Robertson Trust Award, Andy Warhol Foundation Award, and Wellcome Trust Large Arts Award. Her book ‘Practice of Place’ is published by Bedford Press/ Architecture Association.

Anna Cady (www.annacady.com) is a multi disciplinary installation artist who worked in textiles before returning to University in the 1990s to study Fine Art at Winchester and Goldsmiths. She often collaborates with people who have a story to tell, a story which matters. These include It Works Both Ways, an installation of pinhole photographs and films made with Louisa who could not speak orally or move her body voluntarily, Drawing Breath, with Pauline who was living with terminal cancer, with the gardeners and conservationists at Mottisfont NT, and most recently Invisible, a short film about an older woman isolating in an attic during the pandemic.

International screenings and installations of her award winning films include Tate Modern, the Sundance Film Festival and film, live music and poetry in the James Turrell Sky Space at Tremenheere Sculpture Garden.

Jordan Baseman (www.jordanbaseman.co.uk) is a visual artist and filmmaker. He received a BFA from Tyler School of Art, Philadelphia, Pennsylvania and an MA from Goldsmith’s College, University of London. Baseman is currently the Reader in Time-Based Media, Senior Tutor in Moving Image at the Royal College of Art, London.

Baseman has a long history of creating projects in collaboration with UK-based and international, not-for-profit and public institutions.  The artworks are installations, audio works, and single-screen films. Jordan Baseman’s films are frequently featured in international exhibitions and film festivals.

Savinder Bual (www.savinderbual.com) is an artist whose practice explores the interplay between the moving and the still. She creates works that sit between the pre-cinematic and the digital. Bual studied painting at Winchester School of Art and photography at the Royal College of Art, London. Since then her work has screened and exhibited widely, including Turner Contemporary, Wimbledon Space, Focal Point Gallery, Peer Gallery, Standpoint, Caraboo Projects and CCA Glasgow. She was a recent recipient of a Jerwood Bursary.

Chisato Minamimura (www.chisatominamimura.com) is a Deaf performance artist, born in Japan, now based in London. Chisato has created, performed and taught internationally, including 3 years (2003-2006) as a company member of CandoCo Dance Company. She has been involved in aerial performances with Graeae Theatre Company, London’s Paralympic Opening Ceremony and Rio’s 2016 Paralympic Cultural Olympiad. Chisato approaches choreography from her unique perspective as a Deaf artist, creating what she calls ‘visual sound/music’. Alongside international artists working in sound, projection, vibration and animation, Chisato often uses mathematical scores to create choreography, enhancing the experience of dance without music.

Textile and performance artist, Enam Gbewonyo’s (www.enamgdesigns.com) practice investigates identity, womanhood, and humanity while advocating the healing benefits of craft. Her performances seek to deliver the collective consciousness to a positive place of awareness by creating live spaces of healing. By using craft as her portal she pushes us to face the truth of a dark past and the emotions it brings forth. Thus bringing us to a point of spiritual awareness both of self and humanity. Gbewonyo is also a curator and founder of the Black British Female Artist (BBFA) Collective – a platform that supports emerging black women artists and advocates for inclusivity.